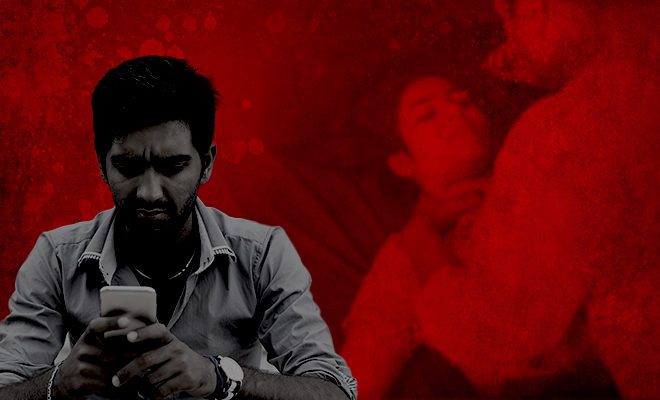 When you spend as much time as I do reading and watching the news (an occupational hazard!) it’s very easy to get desensitized to all the violent crimes. But thankfully, that hasn’t happened to me. Every time a woman is raped or murdered, which is very often, I feel my blood boiling at the system for failing our gender. A few days ago, in Tamil Nadu, a woman died because her husband ordered her murder by a gang hired by him while he was working in the USA. Where is our sense of women’s safety? This incident is disturbing.

On 21 May, 28-year-old Jeyabarathi was allegedly murdered by a gang that was hired by her husband who was working in the USA. This murder happened when Jeyabarathi was on her way home from work. While she was on the Kadavaiyaru Bridge, in Kidarankondam town in Tiruvarur, a vehicle collided with hers and sped away. Jeyabarathi was left profusely bleeding on the road. She was found by a passerby who rushed her to a hospital but unfortunately, Jeyabarathi succumbed to her injuries. But was it murder?

Jeyabarathi’s family was suspicious of the accident and decided to investigate. They went to the bridge and spoke to people in the area. They then registered a complaint with the Thiruvarur Taluk police station and told the police all that they had learned. During the investigation, the police found that Jeyabarathi had gotten married to a man named Vishnuprakash in 2015. Her husband was working at an IT firm in the US for more than five years now. However, due to marital problems, Jeyabarathi left her husband and returned to India.

Tamil Nadu: Man working in the US hires henchmen to kill his wife in Tiruvarur

She decided to file for divorce and sent a notice to her husband. According to reports, Vishnuprakash was agitated by this and had threatened Jeyabarathi and her entire family. He feared that he would have to pay alimony. The police formed three special teams to collect all the CCTV footage, CDR analysis and witness examinations. Soon they found that the husband, Vishnuprakash and his brother-in-law had hired goons to carry out the murder.

SP A Kayalvizhi, the police officer heading the investigation said, “We gathered the CCTV footage from her house till the accident spot. We noticed that the same truck that caused the accident followed her previously. We gathered the information and found that the truck belongs to one Senthikumar (40). When we enquired him, he said he did not have any idea about the accident and he had sold the truck. We then investigated and found it was a person named Jegan (37) who had brought the truck alongside his other associates Prasanna (34) and Raja (45).”

She further added, “When we questioned them, they gave contradictory versions of the incident. We connected the dots and found out another Senthilkumar who is married to Vishnuprakash’s sister, has executed the act. We also came to know that even the truck owner Senthilkumar was involved in this incident and the whole process of buying and selling the truck was drama. Senthilkumar had received instruction from his brother-in-law and has hatched the murder using these men.”

This is horrifying. Hopefully, all the people involved in this gruesome murder will be punished to the fullest extent of the law. When are people going to learn that violence and murder is never the solution?