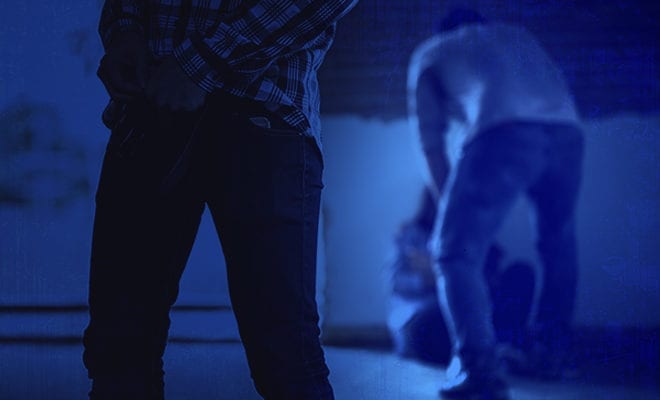 The pandemic has negatively impacted all our lives in some way or another. Some people were infected with the virus, some lost close family members or friends, some were laid off from their jobs and some were trapped in the house with an abuser. Our lives have really taken a turn for the worse. But none of these reasons condones violent or criminal behaviour. You see, a man in Tamil Nadu allowed two of his friends to rape his wife in order to settle the debts he had racked up during the pandemic. This is such sickening behaviour.

This horrifying incident occurred in Tamil Nadu. A man allowed two of his friends to rape his wife to settle a loan. The man did not work much through the pandemic. Hence, he had to borrow a lot of money from his friends on several occasions. Unable to repay the loan, he offered them his wife and allowed them to rape her.

Also Read: Three Sisters Locked Up By Five Men In Uttar Pradesh For Asking For Their Wages. Two Of Them Were Gang Raped.

According to reports, the accused gave his wife a pill. He told her it was a vitamin but in reality, it was some sort of a drug that made her pass out. Once she was unconscious, he let one of his friends rape her. When the woman woke up and realised what had happened she reprimanded him. But it made no effect. On another occasion, the man and another one of his friends came home drunk. He allowed his friend to rape his wife, once more, while she was asleep.

This time, when the wife woke up and raised an alarm it caused the husband to flee. She attacked him with a stick. After all this, she took her son and returned to her parent’s house. The man regularly tried to visit his wife and asked her repeatedly to cooperate with his friends so he could repay them all in this sickening manner. On Monday, the woman filed a police complaint against her husband and his two friends. The All Women Police Station in Panruti arrested and charged all three of them.

How can a man be so cruel and shameless? My blood is boiling just thinking about what that woman must’ve gone through. Women can really trust no one. Hopefully, all three of the accused will get punishments that fit their heinous crimes.

GET HAUTERFLY IN YOUR INBOX!
Related ItemsFeaturedtamil NaduTrendingRapemanloadman allows men to rape wife to settle loans