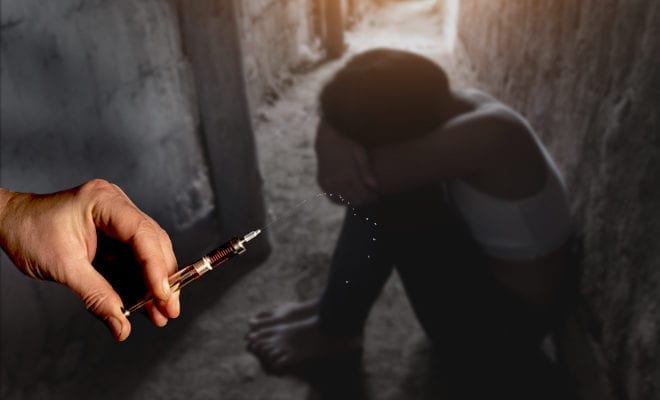 It’s pointless to say that the condition of women in India is horrid. We’ve gone hoarse trying to spread that message. But clearly, nothing is being done about it. Even a city like Mumbai, which is supposedly women friendly, isn’t a hundred per cent safe. Walking on the roads at night might not be as dangerous but don’t let that fool you. Women living in this city are just as much at risk from predators. The rape case we are going to discuss today will prove that. In Mumbai, a 16-year-old girl was raped by her neighbour for 8 years. The bottom line is that women aren’t safe anywhere.

This shocking case has come to light from Mumbai’s Andheri area. The minor girl has claimed that she was injected with aphrodisiacs and raped for eight years by a man who lived in her neighbourhood. In her complaint, she also said that the accused’s wife was an accomplice to this crime. However, it gets worse. This girl was also kidnapped by her paternal uncle and taken to UP to get her married and extort money from her family. His son, the girl’s 19-year-old cousin, also took advantage of her when she reached out to him for help. What a nightmarish ordeal.

An official from the Amboli police station has said that they have also recovered a 27-page note that the girl reportedly wrote to her parents. The police official said, “The note written by the survivor narrates that she got addicted to the tablets. It also mentions that the neighbour threatened her by telling her that he had a video clip of the sexual act and started blackmailing her… She eventually went into depression.”

She then contacted her cousin from Uttar Pradesh for help. According to her statement, her uncle took her to UP where her cousin “got into a relationship with her” for over a month. Her uncle told her that her cousin would marry her.

Based on her father’s complaint, police officers rescued the girl from Amethi. All four accused, the perverted neighbourhood couple, the uncle and the cousin have been arrested. And while that’s great, arresting the perpetrators isn’t enough anymore. We need preventive measures to ensure that women don’t go through what this girl went through.