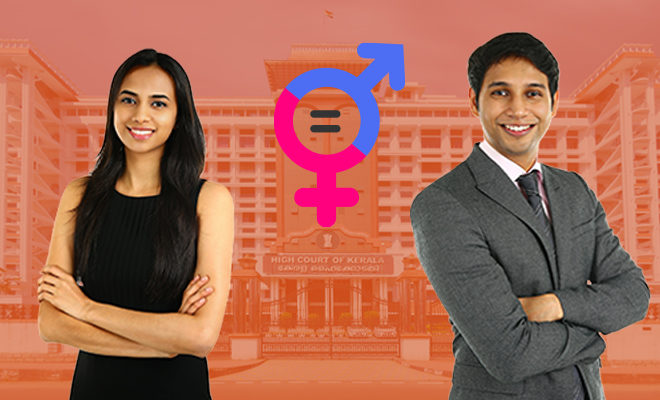 In school, we are told to study hard because if we don’t we won’t be able to pursue and build a career. If only it were that simple. There are a few things that our teachers and parents conveniently left out. Like the fact that building a career is not solely dependent on merit and grades. Especially for a woman. No matter how hard you work or how qualified you are, you can’t escape sexism. It’s just the way the cookie crumbles. From workplace sexual harassment to pay disparity, all the rampant gender discrimination has made it a herculean task for women to work. In some extreme cases, a woman is flat out denied a job she is qualified for just because of her gender. If this isn’t unfair and misogynistic, I don’t know what is but we are glad in case we are talking about today, the Kerala HC stepped in and gave us another landmark ruling!

It all started when Treasa Josefine, a Safety and Fire Engineering graduate from Kollam, saw a job posting from a PSU named Kerala Minerals and Metals Limited for the post of a permanent Safety Officer. Even though Treasa was perfectly qualified for this job, she couldn’t apply. Why, you ask? Well, this job notification read that this particular post was only available for men. Treasa, just like us all, found this to be extremely discriminatory. She realised that her right for being considered for an appointment as Safety Officer is violated due to the said provision.

Treasa filed a petition in the Kerala HC saying that this was discriminatory. Retaliating, the PSU told the court that the position required working at night if required and they were following the provisions of the Factory Act. The Factories Act, 1948 states that women employees shall not be required or permitted to work except between 6 a.m. and 7 p.m’. This was added to protect women from exploitation. But it’s highly unfair to snatch job opportunities from women on this basis, don’t you agree?

The Kerala High Court ruled that a woman who is qualified cannot be denied her right for employment on the ground that she is a woman and the nature of the job involves work during night hours.https://t.co/H8HKWWFema

On Friday, the Kerala HC observed that a woman who is fully qualified to do a certain job can’t be denied employment on the basis of her gender and because the nature of work would require her to work at night. Single judge bench of Justice Anu Sivaraman set aside the ban that didn’t allow women to work at night and said the ban is violative of the provisions of Articles 14, 15 and 16 of the Constitution. The judge also ruled that Treasa’s application must be considered for the position of permanent Safety Officer.

The court said, “Protective provisions cannot stand in the way of a woman being considered for employment for which she is otherwise eligible. It is the bounden duty of the respondents who are government and government functionaries to take all appropriate steps to see that a woman is able to carry out the duties assigned to her at all hours, safely and conveniently.”

Further adding, “If that be so, there would be no reason for denying appointment to a qualified hand only on the ground that she is a woman and because the nature of the employment would require her to work during night hours. Such protective provisions cannot stand in the way of a woman being considered for employment for which she is otherwise eligible.”

This Kerala HC ruling sets the right precedent and we are here for it. No woman should have to miss out on job opportunities because of their gender. Even though the provision in the Factories Act was made as a protective measure, it still means that women are curbed and limited. No one is holding the men responsible for exploiting or harassing the women in the first place. We are glad that Treasa Josefine stood her ground and filed this petition against discrimination. More power to her!