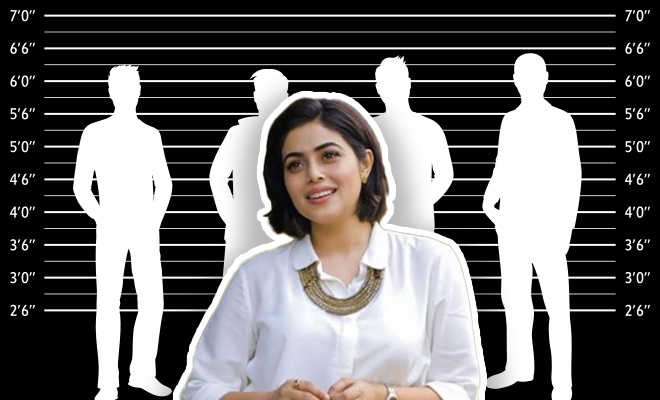 We know fake casting calls exist and that there are several people trying to dupe aspiring actors under the pretext of offering them a break. These are pretty common and usually, one can figure out that the deal is shady by the kind of questionable requests they will make. However, it seems like these men who mostly target women have found new ways to do so.

A Kerala gang targeted south Indian actress Shamna Kasim who goes by the name Poorna in this industry and was trying to extort money from her family. The gang was threatening to release her personal videos if the family doesn’t give in to their demands. However, they registered a complaint with the police and a special investigation team was set up to nab the gang. Turns out that this gang had been blackmailing several female models and aspiring actors. The leader of the gang Mohammad Sharief was nabbed by the police in the Palakkad district.

One of the members of the gang proposed Kasim as a suitor for marriage. He used the picture of a TikTok influencer and claimed to own a jewellery business. Following their conversation, his fake relatives went to her house and made acquaintance with her family. Next, the same man called Shamna and asked her to pay a lakh without informing her family. In fact, the gang went on to harass her by threatening to ruin her career if she didn’t pay them the ransom. They said they are in possession of her personal video clips and would release them if she fails to give them the money demanded.

Three more people got arrested besides Sharief. Rafeeque Mohammed is another key player in the scam as he was the one calling Shamna as a suitor.  And as the arrests were made, other women came forward to file complaints against the accused gang as well. They said that they were held captive by one of them for a week and molested. They also revealed that there were eight or more women being held captives.

As their racket was busted, the investigating team found that they used to blackmail women into prostitution and gold smuggling. “Based on the complaints, as many as 15 cases might be registered. Two more are yet to be arrested in the case related to the attempt to blackmail Shamna Kasim,” Kochi City Police Commissioner Vijay Sakhare was quoted by New Indian Express.

ALSO READ: A Boy In 6th Standard Has Been Accused Of Blackmailing A 21-Year-Old Woman Asking Her To Sext With Him. WTF Is Going On?

So many women feel scared to speak up but each time one doesn’t, they allow the criminal to escape and do the same to another woman. Courage is contagious; when Shamna Kasim came forward, so did several women. And maybe that will contribute to reducing crimes against women.

ALSO READ: Several Saudi Women Share Why They Didn’t Report Their Sexual Assault By Their Own Family Members And It Shows The Ugliness Of A Patriarchal Society