Supreme Court Says Women Officers Can Get Permanent Commission In The Navy. About Time! 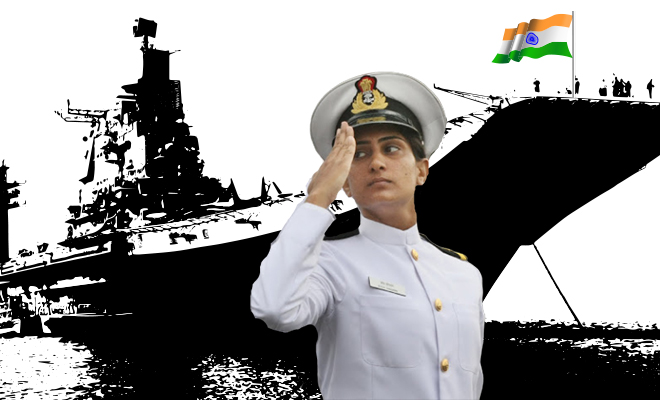 So, excuse us but this article isn’t about Coronavirus. We are not sure what to write about it any more and there’s way too much information, misinformation and a whole world of Whatsapp forwards. And while in these dark times there isn’t much to smile about or feel good about, here’s a piece of news that should make you think, well, ‘At least something is going well.’.

The Supreme Court has just announced that women will be granted permanent commission in the Navy also. Wait, what does permanent commission mean anyway? So, before this ruling came along, women were only allowed to serve in the short service commission (SSC) which means their period in the army or Nayv was limited to 10 years, and if extended, to 14 years maximum. With this ruling, it mean that just like the men, women can also serve till they retire.

The court pointed out that extending permanent commission to male officers but not to female officers amounted to gender discrimination and it should be done away with.

ALSO READ: The Supreme Court Said Women Must Get Commanding Positions In Indian Army And That Women Are No Lesser Than The Men. Finally!

Supreme Court grants permanent commission for women officers in the Navy. SC says, "women can sail with same efficiency as male officers and there should be no discrimination". pic.twitter.com/MfdtKNHfiA

The Supreme Court had earlier also ruled that women officers in the army must get permanent commission.

This is definitely a step in the right direction. In fact, there was a huge controversy recently when the government asked for women officers to not be given positions of command because it would hurt the egos of the male officers reporting to them. Obviously and thankfully, the apex court put the government in its place, telling them the male officers should chin up because this was a rubbish reason to not put women in positions of power.

Besides this, earlier this year in February, the Supreme Court had ruled that the Army will also give women officers permanent commission, a move that was seen as quite revolutionary and a giant leap for women’s rights in the armed forces.

We don’t know why we need an apex court to tell us something that is so basic – women serving the forces cannot be not extended the same privileges that the men are but it was the case for many years before it was overturned.

We women aren’t going to be settling for less and this is just proof.

ALSO READ: The Centre Implies That Women In Commanding Positions In The Indian Army Might Bruise The Fragile Male Egos. Too Bad, Ask Them To Deal, We Say