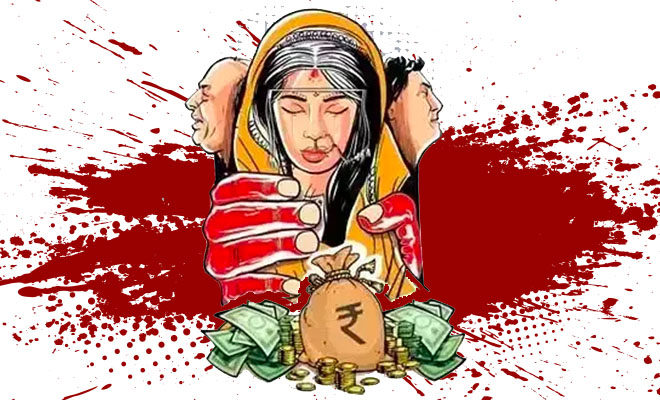 Dowry is the one social evil that has been around in our society for far too long. It’s illegal but that has not stopped people from asking or giving dowry in the name of ‘gifts’ or ‘shagun‘ or ‘maan‘ during weddings. Sadly, as women we have very little to no control over these things even though it has everything to do with us. I remember the time when my parents were in talks with my boyfriend for our wedding and his parents would ‘crack jokes’ and ask my father what ‘car’ he would ‘gift’ his daughter on her big day. And it’s not like I can forget all the subtle hints they passed. I still got married to the same man but I did put my foot down when it came to these ‘jokes’, ‘gifts’, ‘shagun‘ and ‘maan‘. But even today I have one regret in my life. In spite of doing everything possible, I failed to stop my parents from giving clothes and money as gifts to the boy’s family under the garb of customs and traditions. While it was nothing too expensive but giving them gifts just because they birthed a son will always be a pain that I will carry in my heart. I won’t call it dowry but I will say that as a woman, my parents should not have to put the boy’s parents above everything else just because they have a son. No one deserves extra respect and gifts just because they have a son! I always say this –his parents did not do anybody a favour by having a son. 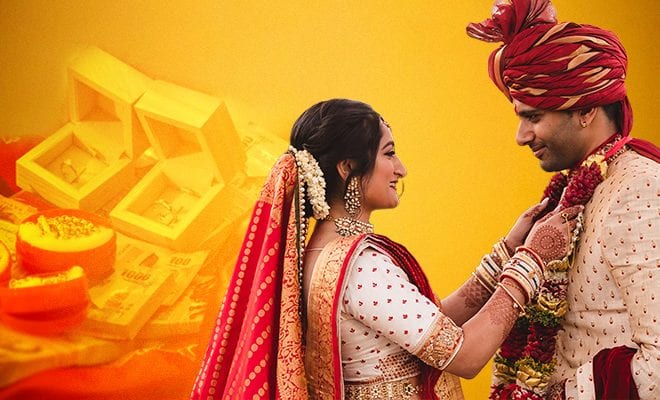 Having said that, dowry is still prevalent in our society despite being illegal and the recent Supreme Court judgement is just what we need to bring about a positive change. While heading a dowry case, Supreme Court’s bench of CJI NV Ramana and Justices AS Bopanna and Hima Kohli said that the word ‘dowry’ needs to be given a wider interpretation to encompass any demands made on a woman in respect of any moveable, immovable property or valuable security of any nature. The Supreme Court observed that any such demand including demanding money for the construction of a house will be considered a ‘dowry demand’ and attract the offence of Section 304B of the Indian Penal Code.

This landmark judgement was passed when the Supreme Court was hearing a case of dowry death. The trial court had convicted the husband and father-in-law of the victim (deceased) under Sections 304B, 306 and 498A of the Indian Penal Code according to a report by LiveLaw. The accused in this case had demanded money from the woman for the construction of the house but her family was unable to provide the same due to which she was subjected to constant harassment and cruelty. The woman had then committed suicide. Following the trial court judgement, an appeal was filed by the accused in the High Court. The High Court had observed that no offence can be established under Section 304B as demanding money for the construction of a house cannot come under the ambit of dowry demand and it cannot be linked to the death of the victim. More so because the victim herself had asked her family for money for the construction and therefore it cannot be considered a dowry demand. The woman was five months pregnant when she set herself on fire and committed suicide in her matrimonial home.

Also Read: Kerala High Court Rules That Gifts Given By Parents For Daughter’s Welfare Are Not Dowry

This judgement was set aside by the Supreme Court bench during the hearing. The Apex court said, “In this context, the word ‘dowry’ ought to be ascribed an expansive meaning so as to encompass any demand made on a woman, whether in respect of a property or a valuable security of any nature.” The judgement, penned by Justice Kohli, further pointed out that while dealing with cases under section 304B of the IPC which is a provision put in place to act as a deterrent in a bid to curb the ‘heinous crime of dowry demands’, there needs to be a change in the approach that the Indian courts take. He pointed out that the courts need to approach this issue not from a strict view but rather from a liberal point of view. “Any rigid meaning would tend to bring to nought the real object of the provision. Therefore, a push in the right direction is required to accomplish the task of eradicating this evil which has become deeply entrenched in our society,” said the bench in its judgement while setting aside the High Court’s verdict which acquitted the accused in the case.

Also Read: Groom Thrashed By Bride’s Family As He Demands 10 Lakhs In Dowry. Take A Look At The Video

Examining the case further, the Supreme Court said that the trial court had ‘correctly interpreted’ the case under the ambit of ‘dowry demand’ as the woman was being tortured by her in-laws to ask her family for money for the construction of the house. Pointing out that there was evidence to show that the woman was pressured by the husband and the father-in-law to demand money from her family, the Supreme Court said that it was not a ‘case of complicity’ but rather a ‘case of sheer helplessness faced by the deceased’ in ‘adverse circumstances’. The top court then went on to convict the husband and the father-in-law and awarded them a punishment of seven years of rigorous imprisonment in the case.

We’re so glad that the Supreme Court is making such landmark decisions to protect women from social evils like dowry. We hail the Apex court for this move!

Supreme Court: If Daughter Expects Father To Support Education, Should Play Role As A Daughter. Erm, What?