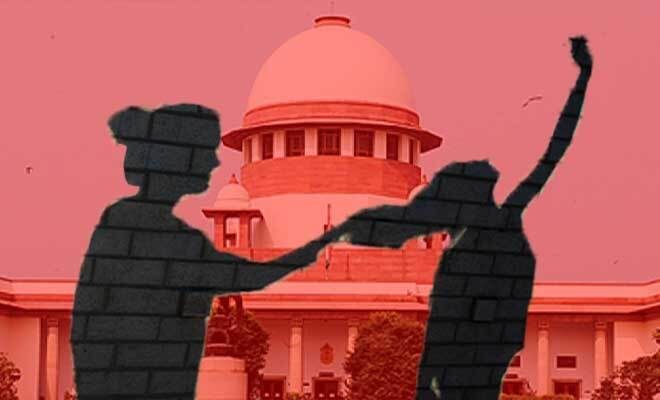 The one thing that shocks me and hurts me the most is when I hear cases about women hurting, abusing, torturing other women. I mean, why would you do that to your own gender after knowing and facing the amount of abuse you get from the other gender? I honestly believe that when women commit crimes against other women, it is far more shameful. In fact, the Supreme Court of India not only agrees with me but also observed the same when trying the case of an 80-year-old mother-in-law who was accused of committing cruelty towards her daughter-in-law.

The Supreme Court was trying out a case wherein a mother-in-law was accused of committing cruelty towards her daughter-in-law when the Court observed that cruelty committed against women by other women is a far more serious matter. The court upheld the previous conviction of the 80-year-old with a minor change.

The daughter-in-law’s mother had filed a complaint against her husband, his mother, and his father for harassing her daughter and subjecting her to torture/cruelty for jewels. And it was because of this very reason the daughter had immolated herself. The Supreme Court took a look into the conviction where all of them were charged under Sections Sections 498A and 306 IPC and a charge sheet was filed against them u/s 498A and 306 of IPC.

Needless to say, the Supreme Court found the mother-in-law guilty of committing cruelty against the daughter-in-law when her husband was abroad. The Top Court also upheld the conviction but reduced the sentence from 1yr to 3 months with keeping in mind that the old woman was 80yrs old and the incident took place in 2006.

Also Read: Frustrated With Her Mother In Law’s Taunts, This Woman From Patna Stabbed Her Multiple Times And Gouged Her Eye Out

The Supreme Court bench that consisted of Justice MR Shah and Justice BV Nagarathna also added, “The victim was staying all alone with her in-laws. Therefore, it was the duty of the appellant, being the mother-in-law and her family to take care of her daughter-in-law, rather than harassing and/or torturing and/or meting out cruelty to her daughter-in-law regarding jewels or on other issues. Therefore, as such, no leniency is required to be shown to the appellant in this case. There must be some punishment for the reasons stated hereinabove. However, considering the fact that the incident is of the year 2006 and at present the appellant is reported to be approximately 80 years old, in the peculiar facts and circumstances of the case, as a mitigating circumstance, we propose to reduce the sentence from one year R.I. to three months R.I. with fine imposed by the Trial Court to be maintained.”

I genuinely support the Top Court’s observation. If we, women, turn against each other and treat each other with cruelty, then the other genders are also going to follow the same and show us no respect. We have to support our own gender and be more kind, it is only then can we unite and fight for being treated the right way by others.

A Woman Called The Police Because Her Mother-In-law Fed Her Stale Food And Watched TV All Day. Erm, What?