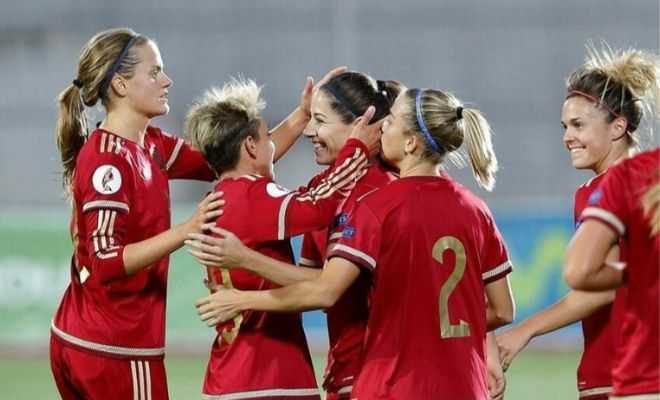 After The US And Brazil, Spanish Federation Announces Equal Pay Deal For Men’s And Women’s Football

Football as a sport is hugely dominated by men. Now, there is no denying that women’s football also has gotten quite popular in recent times, but it is nowhere near men’s football. However, things are changing for the better – at least in Spain. Yep, Spanish Federation recently announced that men’s and women’s football will get an equal pay deal. And this is a really big move as it ensures that both – male and female – players enjoy the same terms regarding bonuses and image rights.

On Tuesday, the Spanish Federation announced that Spain’s women footballers will have the pay as men for representing the country. This big move comes right after countries like the US, Norway, England, Brazil, and more agreed to give equal pay for men’s and women’s football.

According to the agreement put forth by the Spanish Federation, the equal pay deal will be for the next 5 years and while the salaries of both – men and women footballers – are not paid for paying for Spain, the agreement ensures that the players get the same bonus terms and image rights. In fact, the working conditions for both will be made equal and that includes provisions for food, accommodation, and travel.

As per reports, Luis Rubiales, the president of the Spanish Federation, said, “From now on, the players of the national team will have an advance on bonuses, exactly the same as for the men’s team. We have closed an agreement for the next five years… All the players will also have a percentage of the sponsorships from now on. I think it is difficult to find (anywhere else) such a complete agreement.”

Also Read: Brazil Announces Equal Pay For Men’s And Women’s National Football Teams. When Will Countries Like US and India Follow Suit?

Amanda Gutierrez who is the president of Futpro union and also was the representative of Spain’s female football players in the negotiations said that this agreement is a historic one as it makes equal conditions that both – male and female footballers – can enjoy.