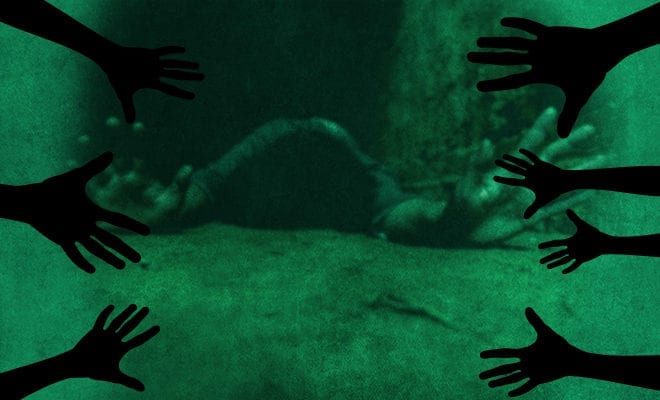 5 Men Arrested In Bengaluru For Rape And Torture Of Woman

I am not even going to say that the state of women in this country is bad. It’s pointless. Every day you read about rape, murder, torture. And it’s while it’s worrying that we are getting desensitized to it, to the point where it seems regular, what does shake me up is the fact that every day I read about a rape that’s more brutal. One where more people are involved and more clips of the horrific crime are shared.

In this latest incident of a rape, a woman was raped by a bunch of men, aided by women and assaulted repeatedly. The crime happened in Bengaluru where the police have arrested a few of the culprits and are tracing down the others. A video of the rape and assault is making the rounds and it has social media up in arms, rightfully so.

The video that is being circulated quite widely shows the accused torturing her and inserting a bottle in her private parts. She was allegedly gang raped after.

ALSO READ: A Self-Styled Godman From Jaipur Has Been Accused Of Rape By Four Of His Women Devotees

“As per information revealed so far, all of them are part of the same group and believed to be from Bangladesh. Due to financial differences, the culprits brutalised the victim who is also said to be a Bangladeshi, brought to India for human trafficking,” the Bengaluru police added.

The viral video of a girl from North-East being brutally raped and tortured by 4 men & 1 women is not related to Jodhpur suicide case. I had detail discussion with the Police Commisioner of Jodhpur.
However, there must be all out efforts by all State Police to catch the devils.

We wrote about the a woman being raped went viral in the north east, it was believed that the woman was from that part of the country. This caused the Assam police to also sort out information about it. Kiren Rijiju, Union minister of state for AYUSH, Youth Affairs also asked for help in nabbing those involved in the rape, torture and assault. There were also suggestions on social media that the attacked woman could possibly be a Nagaland resident who died by suicide in Jodhpur. However, it was clarified that the two women are different.

ALSO READ: In Delhi, 25 Men Gang Raped A Woman. She was Lured Into A Forest By A Facebook Friend