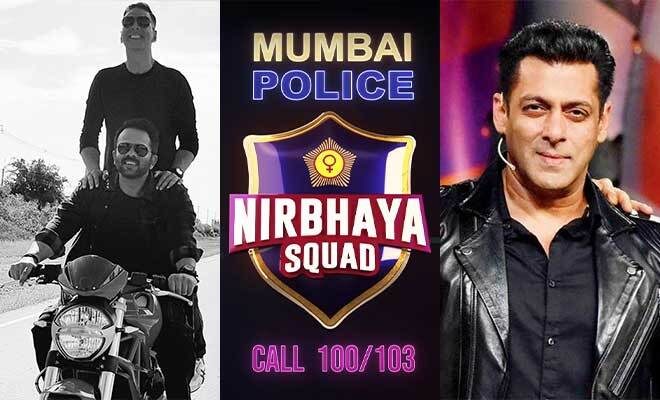 When the Nirbhaya case happened in 2012, it shook the entire country to the core. Parents were rightfully concerned for their daughter’s safety. I remember my family being so nervous about me going anywhere after the dark. I believe the Nirbhaya case was my first encounter with rape as a social evil and something women have to fear. While rape cases in India have escalated, law enforcement has been doing its best to safeguard women. Recently, a Nirbhaya Squad consists of a team of female officials. Celebs such as Akshay Kumar, Salman Khan and others have come forth to support the initiative.

Mumbai police posted a video announcing the launch of the Squad. The video was directed by Rohit Shetty and narrated by the legendary Amitabh Bachchan. The video talks about how the squad will function and that women need to call helpline 103 to summon them in need.

T 4172 – “Nirbhaya Squad” is a dedicated squad for women in Mumbai City. ‘’103” is a dedicated helpline number that can be used by women in crisis or be used to report any women related crimes@MumbaiPolice @CPMumbaiPolice #NirbhayRepublic #निर्भयप्रजातंत्र #NirhbhayaHelpline103 pic.twitter.com/TsOF74r5HQ

“Nirbhaya Squad” a great initiative by @MumbaiPolice and @CPMumbaiPolice for women’s safety.
In case of an emergency or to report any women related crimes, dial 103, a dedicated helpline number. #NirbhayRepublic #NidarRepublic #निर्भयप्रजातंत्र#NirhbhayaHelpline103 pic.twitter.com/2hpamXlO5m

As someone whose job entails her to write and beware of the news, I am aware of how important an initiative like this is. I really appreciate celebs like Salman Khan, Akshay Kumar, and Katrina Kaif among many others who came forward to support the initiative. After everything, the women of this country have to go through because of how unsafe our streets can get, support for a campaign like this is needed to boost the safety of women in India.

5 Horrible Things Couples With A Wide Age Gap Are Often Told. We Need To Stop