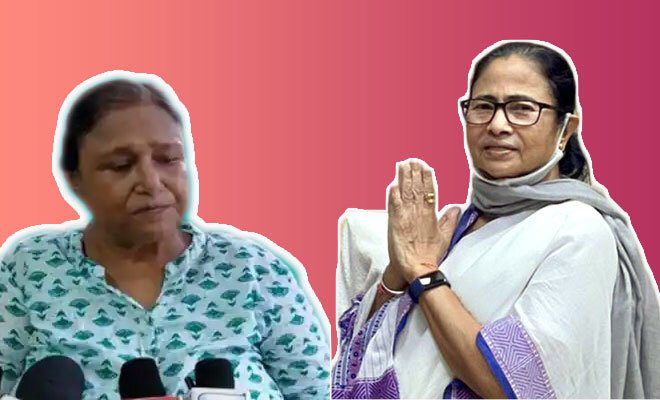 On Rabindranath Tagore’s 161st birth anniversary, the Paschimbanga Bangla Academy decided to honour Mamata Banerjee, the chief minister of West Bengal with a special literary award. She was selected to be presented with this award for her book of poems, Kabita Bitan. The academy wanted to recognise the chief minister’s contribution to Bengali literature with this honour. However, the decision was not well received by the renowned writer Ratna Rashid Bandyopadhyay. On Tuesday, the celebrated writer decided to return her award to the Bangla Academy, which she had received in 2019.

Ratna Rashid Bandyopadhyay, researcher and author is a renowned name in the field of Bengali literature. The author has at least 34 books on her list of works. She was honoured with the Annadashankar Roy Smarak Samman in 2019 by the Bengal Academy. The author was furious at the academy’s decision of honouring Mamata Banerjee with a special award in the literary field. According to The Telegraph, the author said that as a protest against this inappropriate decision, she has chosen to return her accolade to the academy.

The writer also wrote a letter to the Bangla Academy expressing her disappointment in this decision. She mentioned that the Bangla Academy is setting a disgusting example with this award’s winner. It is also a humiliation to other skilled literary professionals who are tirelessly contributing to Bengali Literature. She further stated this humiliation to be the reason for her to return the award. The author also clarified that she would soon send the memento to the Academy’s address.

A similar step was taken by Anadiranjan Biswas to protest this decision by Bengal Academy. He resigned from his post as a member of the Bengal advisory board of the Sahitya Academy

Also Read: CM Mamata Banerjee’s Views On West Bengal Rape Case Is A Reflection Of What Society Thinks About Victims

To let you know, The Bengal Academy has announced this award for people from non-literary backgrounds making a significant contribution to Bengali literature. Mamata Banerjee is the first recipient of this award which will be given away once in three years.

Do you think this to be a justified decision by Bengal Academy?