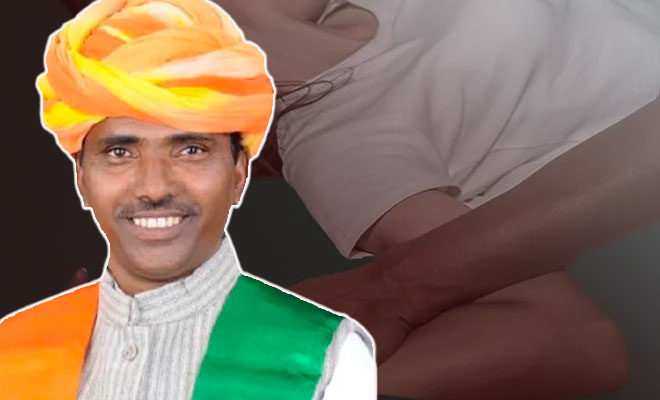 Rajasthan BJP MLA Pratap Bheel Booked For Rape Twice In 10 Months. Why Is He Still An MLA?

Women are not safe in India. Pick any newspaper or switch to any news channel and you will see many cases of sexual harassment towards women. In such times, we expect the people in power to take crucial steps against such crimes but what if the people in power are the real culprits? One such case surfaced from Rajasthan. Pratap Bheel, a Bhartiya Janta Party (BJP) MLA has been booked under a rape case for the second time, this year. In both cases, the accused MLA allegedly raped the women on the pretext of marriage and job. The case was registered on Wednesday night in Ambata police station of Udaipur city. The first case was lodged in the month of February, this year.

The accused is an MLA from Gogunda in the district of Udaipur. The victim alleged that Pratap Bheel raped her after promising to provide her with a job. In her statement, the victim informed the police that the MLA was harassing her sexually for the last two years. Pratap Bheel promised her marriage after the recent by-elections but instead of marrying her, the accused started threatening her. The victim alleged that the private staff of the MLA also threatened her.

Also Read: Rape, Molestation Cases Increase By 20% In Delhi In 2021. Will Women Ever Feel Safe In Our Country?

As per reports, for now, the police have lodged the FIR and handed over the investigation to the CID crime branch after the medical examination of the victim. The accused MLA, Pratap Bheel has denied all the charges and said that he does not know the victim.

Meanwhile, a similar case was registered against the MLA Pratap Bheel in February this year. A woman from Madhya Pradesh had alleged the MLA for rape on the pretext of job and marriage. The investigation of the case is still underway.

It’s not the first time a politician in our country is facing rape charges. There are many cases pending in various courts, which shows how sexual exploitation of women by politicians remains widespread.