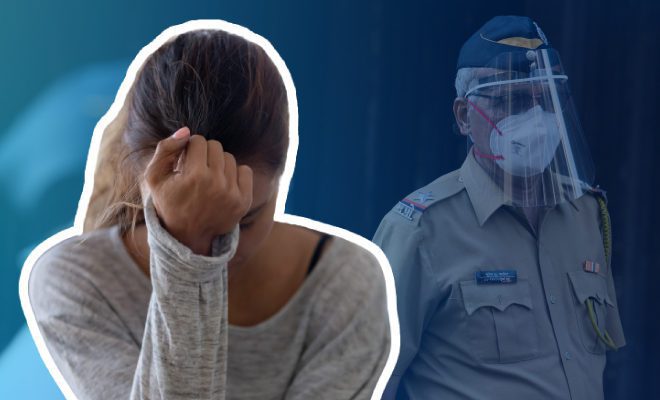 Crimes against women have been an issue in our society for as long as we can remember. Think about it, since when have we women had restrictions placed upon us? I don’t even remember when it all started in my family, that’s how acclimated I have become to this. All these rules about where I can go, who I can meet, what I can wear etc. Moreover, as an adult, as much as I don’t condone these restrictions on women, I understand where my parents were coming from. With the rise of consistently heinous crimes against women, I cannot completely blame them for worrying. In fact, in a disturbing report, it has been stated that crimes against women in Delhi have increased.

The crimes against women are showing no signs of reduction, let alone stopping. According to reports, Delhi has seen a shocking 20% rise in molestation and rape cases till October 2021. The police say that they have registered 1,429 cases of rape until October 31, compared to the 1,725 registered cases from October 2020. However, molestation cases rose by 20.43% from 1,791 cases in October 2020 to 2,157 in October 2021. The rise in crimes against women is also said to be due to the gradual lifting of the lockdown as the cases resemble those from 2019 and the years preceding it, according to police sources.

Delhi experienced a fall in rape cases between January to October of 2021 which is a major reduction as compared to the number of cases reported in 2019. Likewise, molestation cases also saw a serious drop in number as they also reduced by 32.91% in 2020.

However, there is some hope as the police have implemented strict policies to monitor and reduce crime against women. Delhi Police Commissioner Rakesh Asthana has asked his senior police officials to maintain a zero-tolerance policy when it comes to cases for crimes against women. He also asked all DCPs of the districts to keep an eye on any investigation into cases of rape, especially if the victim is a minor. According to senior police officials, studies have been done to detect areas where there is a higher rate of crime against women and steps are being taken to prevent them. Additionally, proper lights are to be installed where it is darker in the city and places which have female employees working till late have been asked to take necessary measures. And lastly, all women PCR have been deployed all over the city, especially around areas like markets which are frequented the most by women.

While the rise in cases with the lifting of lockdown restriction is atrocious it is somewhat comforting to see the police take actual steps towards these heinous crimes. It is heartbreaking that this is something that we have dealt with for so long that we tend to normalise it, each new incident just another one for the books. But it is not just that, right? These are the lives of actual people we are talking about and it’s scary that something like this isn’t taken seriously. Hopefully, the actions were taken by the police actually work in the right direction.

5000 College Girls Will Get Trained On Using The Internet Safely In A Special Programme. We Need This For Boys Also