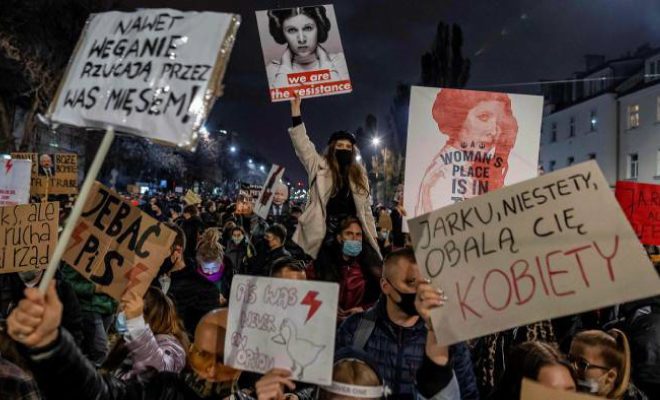 When it comes to abortion, the concept of it being a woman’s choice often flies out of the window. We are so ingrained with the patriarchal notions that a woman can not make a decision regarding her own body and that we need to make one for her. Now, I know that there are certain abortion laws of various countries that allow women the right to make that decision for themselves. But unfortunately, the same can’t be said for women in Poland. Poland has a quite strict abortion law as a consequence of which a woman died. Even though she died in September, her death was only made know by to the public last week and since then protests have been taking place against the strict abortion law in Poland.

On Saturday, protestors came out in Warsaw and other cities in Poland to publicly denounce the restrictive, strict abortion law that led to a young pregnant woman’s death in September. The protestors held pictures of the deceased woman, Iza, who was pregnant and had medical problems and died since doctors refused to terminate her pregnancy. 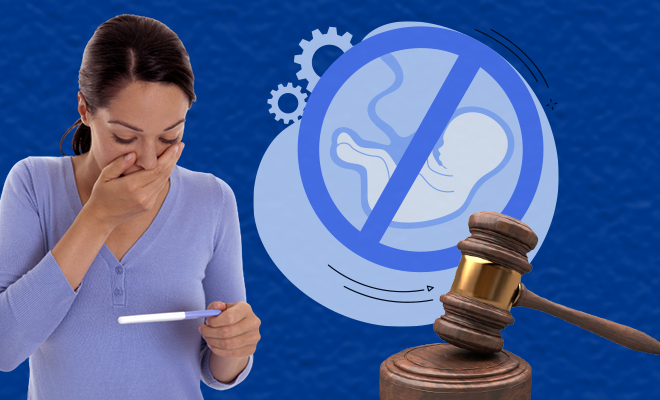 The protestors in Warsaw had “Not One More” women to die as their motto. Even the head of Poland’s opposition party, Donald Tusk, participated in the protest. In fact, many of the protestors even gathered before the Constitutional Tribunal that passed the law last year that stated that going through abortion for pregnancy with congenital defects is against the constitution.

Also Read: Women In Poland Take To The Streets To Protest Against The Government’s Near Total Ban On Abortions. Women Need Their Choice Back!

In fact, reports suggest that the 30-year-old woman who died in a hospital in Pszczyna, southern Poland, from septic shock, didn’t have enough amniotic fluid for the fetus to survive and the doctors at the hospital held off from going through abortion of her 22-week pregnancy. The doctors are now being investigated regarding the incident.

Many of the women activists in Poland state that the Iza was a victim of the new abortion law that has been passed. They believe that the doctors of the country, now with a majority of Catholics, wait for the fetus with severe defects to die in the womb rather than perform an abortion. Women activists also state that unlawful abortion is punishable and the punishment can go up to eight years in prison.

Honestly, hearing about the law makes me sick. I mean, knowing that a fetus will not survive and has severe defects and still leaving it to die in the womb is disgusting. When will the governments of countries realize that abortion is a woman’s choice since everything that happens during pregnancy, happens to the woman. It is her body and she should have a say in it.

#Trending: The Polish Government Is All Set To Walk Away From A Treaty That Combats Violence Against Women. This Is Such A Backward Move