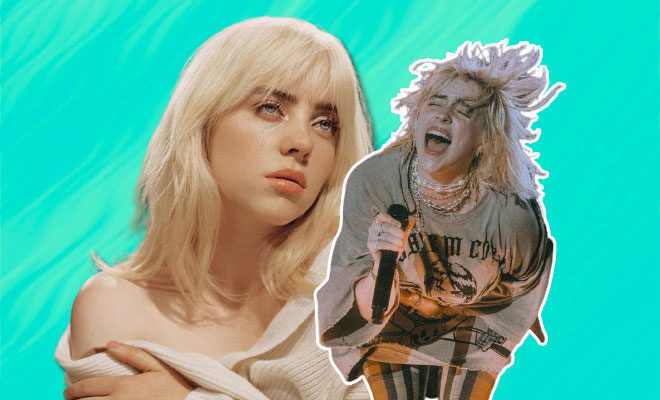 We’ve got billionaires planning space travel. Self-driven cars on the horizon. We have technology to 3D print a human organ now. So much progress… and yet our mindset remains utter shit down a bottomless drain. There are men who still want to slam feminism because they feel threatened that women might seize the power that has rested with them since times immemorial. And they still want to tell us what we should do we with out bodies. In a first-world power like United States that wants to be a thought leader and solve the rest of the world’s problems, a state, Texas, just passed a law banning abortion after six weeks. And women all over the US are marched to protest it. While Billie Eilish couldn’t join the Women’s March, she made sure everyone heard her stance at her concert in Austin on October 2. Our body, our rules!

The 19-year-old award-winning singer was performing at the Austin City Limits Festival on Saturday, October 2, in Austin, Texas. And it is at this very concert that she did put forth her word against the misogynistic abortion law that does not permit women to terminate pregnancy after six weeks, even in cases of rape or incest.

While Billie Eilish reportedly considered backing out of performing in the state that had passed such a law, I suppose what she did end up doing made a more impactful statement instead.

During the show, the popstar took a moment to address the issue, as the words “Bans Off Our Bodies” flashed on the screen behind her.

“I’m sick and tired of old men,” Eilish said. “When they made that shit a law, I almost didn’t want to do the show, because I wanted to punish this f**king place for allowing that to happen here. But then, I remembered that it’s you guys that are the f**king victims, and you deserve everything in the world.”

She continued amidst roars from the crowd, “We need to tell them to shut the f*** up.” Billie Eilish then raised her middle finger, and shouted the ultimate message that somehow seems to be escaping the Texas lawmakers, “My body, my f*****g choice!”

This isn’t the first time that the Grammy-award winning singer has spoken up against the abortion ban in Texas. Back in September, when the law was passed, Billie Eilish took to her Instagram stories to condemn it.

“I’m so f*****g tired. Makes me sick how many men say nothing when it comes to women’s rights,” she wrote.

And damn, she is right. You, me, all women need to take a stand and stop these men from taking charge of our lives. If men underwent even 1% of the inconveniences and life-threatening issues that arise out of pregnancy, then such bans would’ve never even been discussed, let alone presented on assembly or senate floors to be debated and turned into laws. It’s our body, our uterus, and therefore it should be our choice. Period.

Twitter User’s Idea To Stop Abortion Makes An Important Argument For ‘No Uterus, No Opinion’