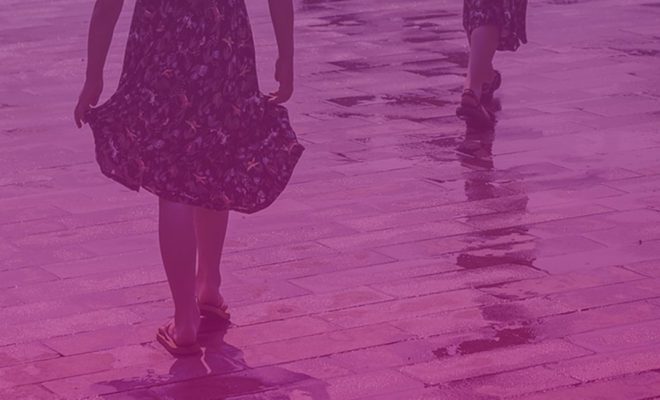 We live in a country where every day women get molested, groped, or raped. Ironically enough, it is the same country where we consider girls and women to be goddesses and worship them. At the centre of this paradox are a host of practices and customs that girls and women are forced to participate in, many of which can be downright disrespectful and damaging. In a recent instance in a Bundelkhand village in Madhya Pradesh, minor girls were made to walk naked to please the rain god.

In a tribal village in MP, minor girls were made to walk naked and beg at local people’s homes to please the rain god. This incident that took place in the Damoh district on Sunday was part of the ritual that was conducted to get some relief from the drought-like situation. A video of the same incident that went viral shows at least six minor girls of about five years walking naked with a wooden shaft on their shoulders and a frog tied to it. The video also shows a group of women singing devotional songs and walking behind these girls.

As per a report by Hindustan Times, these minor girls were not only made to walk naked but also made to go to each household in the village and beg them for flour, staple food cereals, and pulses. These items that were collected by the girls were then used to make a community lunch or ‘bhandara’ at the village temple. And for this ritual, it is mandatory that every person in the village is present for it.

Also Read: A Man And His Relatives Performed Rituals And An Exorcism On His 8-Month Pregnant Wife When She Was In Labour. What Even?

Another video of the same incident showed some women stating that this ritual and practice is meant to help bring rainfall in the village where their paddy crops are dying due to the drought-like situation.

According to the police, the families of these minor girls gave their consent to letting them walk naked on the streets. DR Teniwar, the Damoh superintendent of police (SP), said that they were made aware of the situation and were told that parading minor girls naked in the village was a part of their local practice. He said, “Police are investigating this incident. Action will be taken if it is found that girls were forced to walk naked.”

Also Read: In Bihar, A Sorcerer Advised A Couple To Sacrifice An 8-Year-Old Girl To Prevent A Miscarriage.

Even Damoh collector S Krishna Chaitanya that a report of the incident will be sent to the National Commission for Protection of Child Rights (NCPCR). He further added that an awareness campaign would be initiated to explain to the villagers the pointlessness of such rituals and superstitions. S Krishna Chaitanya also pointed out that no villager filed a complaint against this kind of practice. He said, “In such cases, the administration can only make the villagers aware of the futility of such superstition and make them understand that such practices don’t yield desired results.”

This is truly disturbing. Awareness campaigns and educating the villagers about the futility of such rituals is the only way that we can stop them from practicing such superstitious practices.