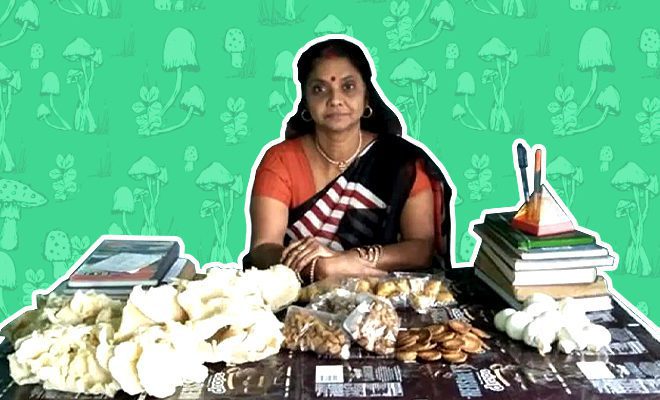 When there are so many horrifying things happening in the world, it gets a little difficult to focus on the good. But having a positive outlook is the only way we’re going to get through these trying times. Having said that, today I want to talk about a woman who has made a mark and empowered other women through mushroom farming. We all know agriculture is the backbone of our country but this woman has taken her business to a whole new level.

50-year-old Rekha Kumari from Bihar’s Gopalganj cultivates three variants of mushrooms in her farmhouse. She also trains and employs other women. Until now, she has trained nearly 500 people and at least 50 of them have gotten into mushroom farming because of her. Reportedly, thanks to all her hard work, today she earns anywhere between 3-4 lakh. This is an impressive feat!

Speaking of Rekha’s business, a local resident of Gopalganj said that she started out in 2013 with just Rs 1000 to her name. She cultivates Button, Oyster and Milky mushrooms in six rooms and has learned the tricks of the trade from Rajendra Prasad Central Agricultural University Pusa at Samastipur. Now, Rekha is undergoing training for seed generation. She said, “There was a slump in earnings during the first two phases of the pandemic but it has not slipped below five figures yet.”

A woman in Bihar’s Gopalganj has taken to mushroom farming, and inspired the women of the region to follow suit.

50-year-old Rekha Kumari cultivates three variants of mushroom in her farmhouse, and trains other women as well.

Also Read: Meet Rajpal Kaur, A Woman From Punjab Who Is Empowering Other Women And Breaking Menstrual Taboos

Further adding, “The cultivation of mushrooms requires a lot of adjustment, judgement, calculation and monitoring of a moisture level, cross-ventilation, and screening the produce from light for a good result. It is all about discipline and it does not involve strenuous work.”

Over the course of this pandemic, Rekha has learned to make mushroom samosas, pickles, biscuits, namkeen, Gulab Jamun and laddoo to increase the shelf life of her produce. She has also employed six women. It was her husband Avinash Prasad who originally encouraged her to go into mushroom cultivation after their son and two daughters were all grown up. What a supportive spouse!

Gopalganj district magistrate Dr Naval Kishor Choudhary said, “In our bid to promote such cultivation by farmers, we are doing everything to ensure assistance to Rekha Kumari, which includes a tie-up with a bank and linkage with NABARD. These apart, we are assisting her to develop a project to facilitate her production on a commercial scale.”

We need more women like Rekha Kumari. More power to her!