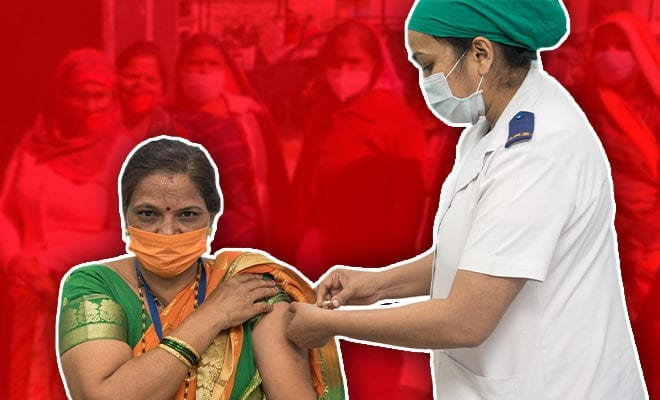 Humans, all around the world, are terrified of the unknown. Outer space, aliens, ghosts etc etc. This is precisely why even today the coronavirus is leaving people hesitant and conflicted about which route is the best. The fact of the matter is that, even though it’s caused a pandemic and we’ve been living under its threat for a whole year now, the coronavirus is still shrouded in mystery. Very little is known about it. And it is for this reason that people, especially in the rural and tribal areas of our country, are extremely apprehensive of taking the vaccine as well.

Vaccine hesitancy has been a serious problem ever since the vaccination drive began. Just a few days ago, we spoke about an elderly woman who hid behind a drum when people went to her house to vaccinate her. After her video went viral, it became exceedingly clear that people in rural areas are terrified of the vaccine and the side effects it might have. Having said that, today we are going to talk about a solution to tackle this problem. You see, officials in Maharashtra’s rural and tribal areas, with the help of local UNICEF volunteers, are trying to convince the women to get inoculated so they can go on and convince their families to do the same.

Also Read: State Governments Begin To Host Vaccine Drives For Pregnant Women But There Are No Takers Yet

Maharashtra: Focus on jabs for women in rural belt to fight hesitancy https://t.co/YXunj7zUeJ

Reportedly, officials and volunteers are going door to door in Maharashtra’s Akkalkuwa taluka of Nandurbar district to spread awareness about the vaccine. Akkalkuwa tehsildar said, “We started coordinating with Unicef members who are from tribal communities and things then started turning around.”

In another village, officials and UNICEF volunteers went off the road and reached the extremely isolated houses to spread awareness about the vaccine. This initiative has been conducted in 16 camps in hamlets in the Satpura region, where 5,342 people have been vaccinated so far. Now, officials have said that emphasis will be on the vaccination of women members of self-help groups in these villages and tribal areas. This is so that these women can in turn spread awareness about the vaccine to their families and communities.

If you think about it, their apprehension is completely understandable. But that doesn’t change the fact that getting vaccinated is the need of the hour. Let’s hope that this initiative is able to spread enough awareness about the vaccination drive.

GET HAUTERFLY IN YOUR INBOX!
Related ItemsFeaturedTrendingMaharashtravaccinationvaccinatejabrural womenwomen to be vaccinated