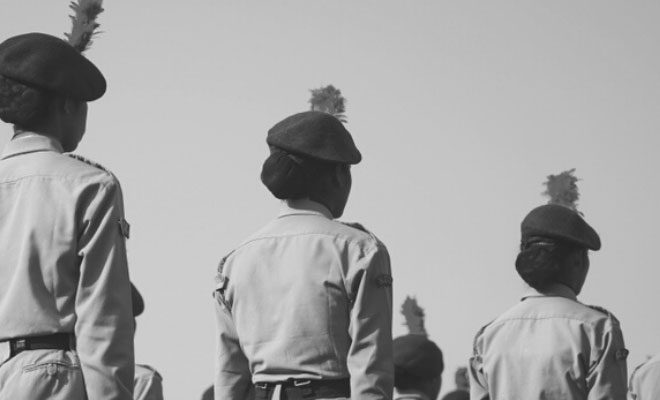 In Lucknow, A Youth Attacked A Woman Constable When She Confronted Him For Eve-Teasing Her

Every woman, at least once in her life, has walked down a street with some random guy making weird noises or passing lewd remarks at her. It’s so common at this point that most of us women have learnt to become immune to this kind of eve-teasing. And honestly, it’s heartbreaking to know that this has become a norm for women around the country. One would think that confronting these men would reap some benefits, but this latest case of eve-teasing in Lucknow shows that confronting an eve-teaser is also dangerous, even if you’re a cop! In a shocking incident, a youth was passing lewd remarks at a female cop, but when she confronted him, he attacked her with an iron rod.

Yes, you read that right. On Sunday, in the Aliganj area, a female cop was hit on her head with an iron rod after she confronted a young man about passing lewd comments at her. After the youth hit the female cop, she started bleeding so heavily that she had to be immediately rushed to the hospital. As for the perp, the area residents and onlookers chased him down and got him arrested.

According to TOI, the boy, identified as Prabhat Kumar, a resident of Aliganj area, was arrested by the police for attempt to murder, eve-teasing, and voluntarily causing grave hurt to a public servant so as to distract her from her duty.

The woman constable was a resident of the same locality where the incident happened and was on duty as part of the Pink Patrol. The Pink Patrol is a police wing formed to prevent instances of crimes against girls and women.

The ADCP North Zone, Prachi Singh, opened up about the entire incident, saying, “The woman cop dressed in police uniform was patrolling in the area when the miscreant spotted her and passed lewd comments on her. Irked over this, the woman cop confronted him and this infuriated him to such an extent that he attacked her with an iron rod.” Prachi Singh also added that the youth, Prabhat Kumar is being interrogated by the police.

Imagine a country where the women in our law enforcement aren’t safe from eve-teasing and violent attacks either! How should that make us common folk feel about our safety? Maybe it isn’t fair to leave everything up to the cops. Maybe it is time society took responsibility to morally police the men it is raising, who think it is okay to get violent if someone calls them out on their behaviour.

Woman Jailed For Pretending To Be An FBI Officer To Get A Free Meal From A Restaurant. What Even?