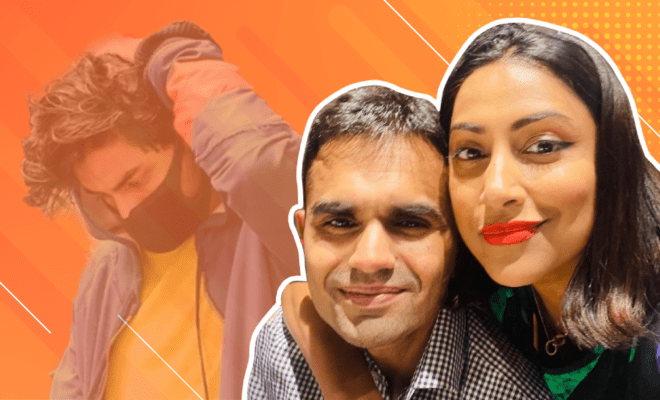 The one thing in a marriage that I believe makes it successful is when both the partners stand by each other through thick and thin. I mean, that feeling of someone having your back no matter how tough it gets is beyond words. To know that someone is out there defending you and is on your side while the entire world seems to be against you, that feeling is unexplainable. And that is exactly what Kranti Redkar is doing. She is siding with her husband and believes that all the allegations that have come up in recent times against her husband, NCB Zonal Director Sameer Wankhede, are meant to tarnish his image and reputation.

In a recent interview, Marathi actress Kranti Redkar who is the wife of Narcotics Control Bureau’s (NCB’s) Zonal Director Sameer Wankhede, claimed that the recent allegations that have been directed against her husband in the Mumbai Cruise drug case are made just to tarnish his image as an honest, upright officer.

When asked whether she thought her husband was being targeted just because he was going after Bollywood, Kranti Redkar told TOI in an exclusive interview, that there were many people who got caught out of which only two or three are from Bollywood and the focus of the media is just on them and others aren’t even mentioned. She further added, “Sameer does not give special treatment to some and he will not ill-treat them because they are from the industry. For him, everyone is the same… I also feel that everyone is entitled to his or her opinion. A lot of people have spoken in this case and that is fine. They have done it in a dignified way and shown support. Some have said that they are not okay with this kind of investigation. I respect that but hitting somebody below the belt is not right and that is what is happening right now.”

Kranti Redkar was bold when she cleared the speculations about Sameer Wankhede and him taking bribes and foreign trips. She asked the question back saying why is it that only now such speculations have come and why is there no case of extortion against her husband if all these rumours were true.

The actress further went on to say that her husband is neither making money nor being rewarded after he seizes the drugs. Kranti requested the people to not punish Sameer Wankhede for the reformatory work he has been doing. Redkar said, “Having said that, I want to know who will benefit if Sameer goes away from this case and the NCB. There is so much noise being made that he is targeting Bollywood, which is not the case. This is just one case.”

Seeing her so boldly and fiercely stand up for her husband is inspiring. And I agree with Kranti Redkar when she said that attacking him (or anyone for that matter) personally is not the way to deal with things especially when people don’t have all the facts. So, what I suggest (and what I think is the only option) is to wait for the facts before passing any allegations (against anyone).

After Allegations Of Abuse, Poonam Pandey Claims She Has ‘Saved’ Her Marriage. It Sets The Wrong Example