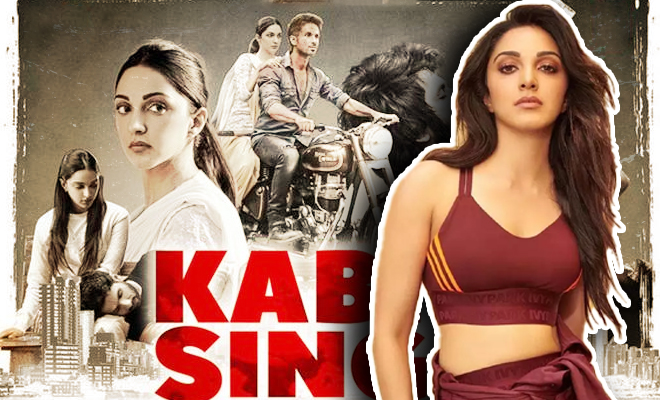 Kiara Advani Opens Up About Kabir Singh Backlash, Says It Was Unfair. Nope, It Wasn’t.

Bollywood has had its fair share of controversial films, the most recent one to come under scrutiny being Kabir Singh. The Shahid Kapoor-starrer, which was based on the Tamil hit Arjun Reddy, was criticised for its blatant glorification of toxic, controlling relationships, and blatant abuse. It caused enough controversy for people to want to boycott it entirely. The debate surrounding creator’s freedom versus censorship of harmful content is not a new one. It still remains an unsolved question. To what extent should writers and directors be allowed to portray things that may have a detrimental impact on an impressionable audience? Especially in a country where women’s safety is already questionable?

We at Hauterfly have been extremely vocal about the portrayal of a problematic character in a glorified manner, the absolutely horrifying way in which consent is done away with entirely and the complete lack of a spine displayed by the character Preeti, played by Kiara Advani in the movie.

Recently, Kiara Advani, opened up about the backlash they faced. “Both Shahid and myself were well aware of the film (we were getting into), and everything that we knew would come with it,” she revealed in an interview on Anupama Chopra’s Film Companion. She said that Preeti’s role was a challenging one for her to play. “Kabir Singh was probably the hardest of them all, because anyone who knows me knows my thinking.” Kiara called the film “so real, and so flawed.”

“So much was made out of it, and so much backlash happened, it was so exhausting. The director had his perspective, we had ours, and the audience had theirs and that was divided, but I feel you can’t disrespect the intelligence of the audience.”

Kiara added that she thought the criticism went a little too far. “On some level, there were things that were raised in the debate (around the film) that were actually healthy, which was a good conversation to have. But for me, that’s us reflecting on cinema and films, but that’s where it should even end… I don’t feel you should stay stuff like, ‘don’t make a film like this’, that’s reality… Somewhere we get really hard on certain films, and I don’t know if it was that fair to be that hard on this film.”

“For me, now I’m thinking about the next role and the next script. I had moved on after the release. I guess it just went on and on… I just cannot be thinking about answering everybody’s opinion on it…”

Kiara’s right about that. It’s almost been a year since Kabir Singh released, and it’s time we move past that. Because we’ve not seen as woefully low on emotional quotient movies since then., thankfully.

But at the same time, we must consider that films have a lasting impact on the audience. It may be easy for the cast to move on from that and onto other roles – that’s their job – but it doesn’t work the same way for fans. We’ve already had instances of the film inspiring crimes, despite the cast’s vehement denials about reel life inspiring real life.

Plus, once the movie is done with, it only leaves the cinema now. It’s available for viewing and consumption on OTT platforms so the legacy, however rubbish it is, endures. Our argument isn’t that directors should not make films about the realities of life. But it is up to them to do it in a cautious and sensitive manner that doesn’t glorify these evils.

Shahid Kapoor Wants To Know Why People Are Okay With Baazigar And Not Kabir Singh. Because That Was A Crime Thriller. Yours Is A Love Story