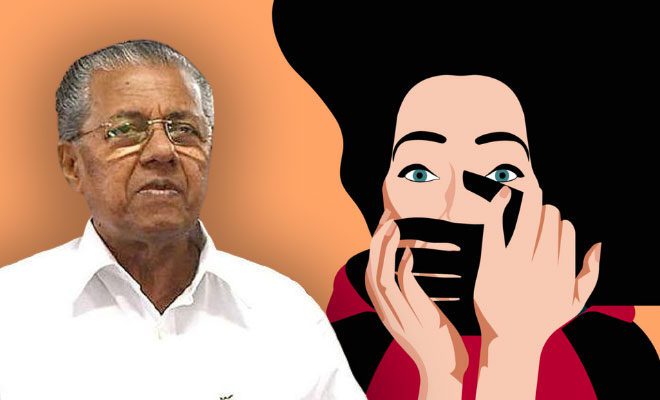 In the last few months, a lot of changes have been made with regard to women’s safety in India. Between the Chief Justice of India talking about 50% reservations for women in the judiciary system and the Mumbai Police coming up with the Nirbhaya Squad to make Mumbai safer for women, the initiatives have been truly commendable. And now to add one more initiative to the list, the Kerala CM, Pinarayi Vijayan, has asked to set up special courts that will try out crimes against women and children, on priority. I have to say, I’m all for this one.

On Tuesday, the Kerala CM Pinarayi Vijayan said that one of the most important priorities of the government right now is to set up special courts to try out cases that are related to crimes against women and children. He also added that besides this, the government has no other plans to set up new courts.

The Kerala CM’s announcement regarding the special courts was a response to a submission in the state Assembly that was raised by the legislator Xavier Chittilappilly. The submission was regarding the setting up of new courts in Kerala. Pinarayi Vijayan responded saying, “The government has taken no decision at present on the setting up of new courts. Considering the present circumstances, priority is given to start special courts to try cases related to crimes against women and children.”

Pinarayi Vijayan, Chief Minister of Kerala, also added that once the special courts were set up the government would then start looking into setting up other new courts in the state. He also said that the Wadakkanchery sub-court is third on the priority list for setting up new courts.

According to the reports, around 32,000 cases of crimes against women were registered in Kerala between the years 2018 and 2020. Needless to say, that the need for special courts in the state is a requirement to ensure that the women and children get the justice they deserve.

Kerala High Court Asks For ‘Queerphobic’ Text To Be Removed From MBBS Books. This Is Great!