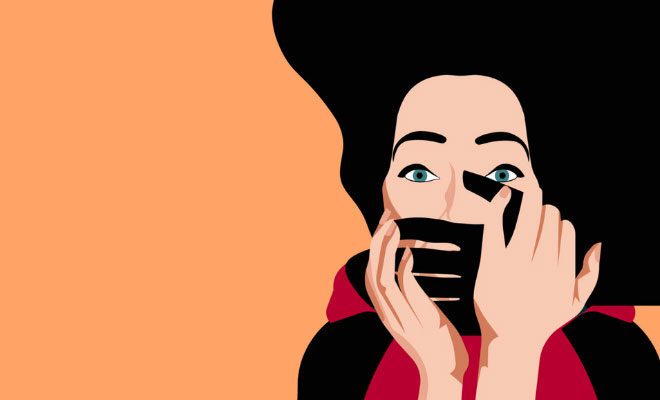 TW. Rape is a heinous crime. And yet, the casualness with which the term is used, sometimes even in crude jokes, can easily anger you. It is a sensitive subject that must be dealt with tact, sensitivity and empathy. And since men are rarely encouraged to cultivate these values, even if all they want to do is spread awareness, it might get lost in translation. Like it happened with a TV presenter from Ivory Coast  in Africa, who was suspended for asking his show guest, a convicted rapist, to simulate rape using a mannequin during a particular segment. Naturally, he was suspended from his job.

The prime-time show was broadcast on Monday in the Ivory Coast. It was in one of the segments where the presenter, Yves de Mbella, asked his guest – a convicted rapist – to show him how he raped women, using a mannequin. I kid you not, he literally asked the man to demonstrate rape on television using a mannequin. In fact, at one point in the segment, a laughing Yves de Mbella was even seen helping the guest adjust the mannequin to the preferred position.

Mbella went on to ask the guest, the convicted rapist, how he chose his victims, if he preferred “slim or fat” women and whether his victims “enjoyed it.” The irony was that the same man was asked to give advice to women to avoid rape.

Needless to say that the show, especially the segment with Yves de Mbella, was condemned on social media across West and Central Africa. An online petition was created to punish the presenter of the show, which so far, over 30,000 people have signed the petition.

As per Hindustan Times, even the country’s independent communications council was involved and they decided to suspend Yves de Mbella, for making such a request of the rapist. The suspension is supposed to last for 30 days. They also released a statement stating that the segment used obscene language, condoned rape, and also attacked the dignity of women.

Later, Mbella took to his Facebook to issue a lengthy public apology. He wrote about how his intention was to raise awareness. “I’m sincerely sorry to have shocked everyone while trying to raise awareness… I made an error… I’m also sorry for everything that was said or done during that sequence of the programme that hurt… I beg for forgiveness from all victims of rape,” Mbella said.

Also Read: Guwahati HC Grants 21-Year-Old Accused Bail In IIT Rape Case Because He Is ‘State’s Future Asset’. This Is So Wrong.

In all honesty, whether it be intentional or unintentional, the the TV presenter wasn’t at all sensitive while tackling the subject of rape lightly. He underplayed the impact rape has on women and what it feels like to being raped. And he’s not the only one. Most when they speak about rape tend to underplay it and that needs to change. We need to understand that rape is a serious issue and it needs to be treated delicately, and with empathy.