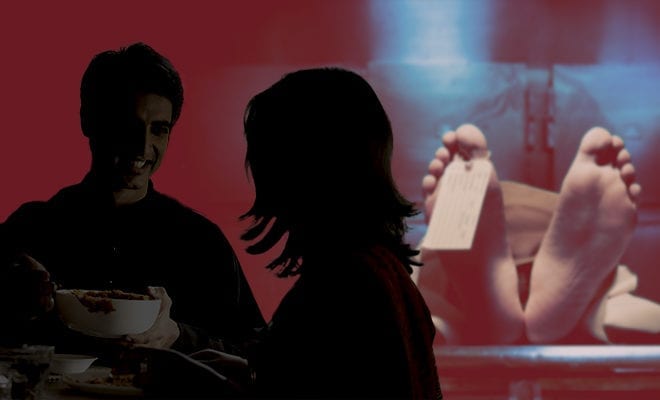 In Telangana, An Elderly Couple Was Starved To Death By Their Son And Daughter-In-Law

I find it absolutely baffling that some humans have no concept of humanity. Their monstrous and evil acts are proving this statement. Violent crimes have become an everyday occurrence and that is alarming. I don’t remember the last time I scrolled through news portals and didn’t stumble upon a rape or a murder. And until authorities actually take some preventive actions, all we can do is discuss these incidents in the hope of spreading some awareness. So, in today’s daily dose of sorrow, we have a murder case from Telangana that will make you want to curl up and weep. You see, a man, with the help of his wife, murdered his elderly parents by starving them to death. Humanity really is dying.

This chilling incident took place in the Suryapet district of Telangana. Nageshwar Reddy and his wife Lakshmi denied their parents food and even drinking water. The elderly couple, Nallu Ramachandra Reddy and his wife, Anasuyamma, starved to death. This gruesome truth came to light after the elderly couple passed away. On 27 May, their son performed both the last rites together at Thummagudem village in Mothe Mandal. However, the villagers suspected some foul play and alerted the police.

Also Read: This Woman From Mumbai Murdered Her Husband With The Help Of Her Lover And Buried His Body In Her Room

Reportedly, the elderly couple was under the care of their two sons but after the younger son passed away, they became the sole responsibility of their elder son and his wife. They clearly didn’t want to take the responsibility and thought murdering them after making them suffer was the best option. Nageshwar and his wife built a makeshift tarpaulin tent on the premises of their house and made the elderly parents live there. The locals also claimed that the son and daughter-in-law denied the elderly couple food and water which led to their untimely deaths.

Based on these complaints, the Telangana police launched an investigation. They exhumed the bodies of the elderly couple. Through an autopsy, it was found that the elderly couple was starved and denied water. This led to their deaths. Nageshwar and Lakshmi have been arrested and charged with culpable homicide not amounting to murder.

If you ask me, the charge doesn’t even begin to cover the heinousness of their crime. This man starved his parents to death. It’s sickening to even think about. Hopefully, the punishment they are given will justify the gravity of their crime.