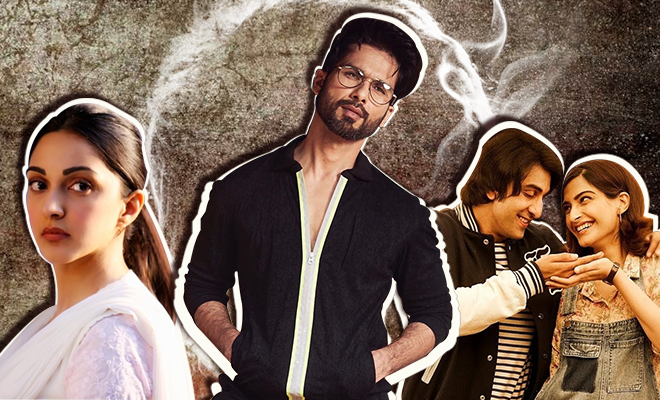 About a month ago, Bollywood released one its most disturbing movies, Kabir Singh, that while making over 260 crores in just a few weeks also made a very important dialogue viral – the one about being in an abusive relationship. The character that is played by Shahid Kapoor in the film, Kabir Singh, loved by some and detested by others, was without the shadow of a doubt, a perverse reflection of what is toxic masculinity. The film revolves around the deranged and unacceptable temperament of Kabir Singh, one that not one person in his life chides him for, was not just flawed but also dangerous. More so because the movie lacked consequence. Something, that the actor Shahid Kapoor has recently addressed and dismissed.

During an interview with Hindustan Times, the Kabir Singh actor, was asked about the many damning reviews of the movie, to which he replied, “You can’t take a simplistic view of a very complex character like Kabir. There are many layers to him. Some layers are deplorable and terrible. And some layers are actually beautiful. The layer of unconditional love, of love in which you are ready to destroy yourself was actually a very beautiful layer. The layer of violence and I never saw this as misogyny- because Kabir Singh‘s violent streak was not towards any particular sex. His aggression was inherent in his personality, it was not gender related.”

And to that we say, no. You see, we don’t deny that there were several layers and arcs to Kabir Singh‘s character, all of them scary, but what we do contest is that a singular emotion of love, embellished and expressed with violence can make up for the other abhorrent acts that he commits throughout this 3 and half hour long sitting. Love is as pure as it is intense, and we get that. But what they don’t probably get is that the saying ‘Everything is fair in love and war’, is perhaps the most flawed statement to ever exist. NO, everything is not fair, let alone acceptable in the name of love, especially if involves being violent.

When Shahid was further questioned about the debate over his character he added, “So I frankly felt that the criticism was a bit misplaced. There have been films in the recent past which had characters exhibiting similar traits but no one really picked on them this way. To be candid, Sanju had a scene where the guy is sitting in front of his wife and saying he has slept with over 300 women. No one picked on it the way they went after Kabir Singh.” First of all, no bro, no. And secondly, did you just suggest everyone to turn a blind eye to it too?

For the hundredth time, we did have a problem with Sanju too, when he claimed such disregard for the women and for that, it was doled out its own share of criticism. But to simply defend your own troubled character in the movie by pointing fingers on another, does perhaps reflect a great deal of immaturity and lack of understanding. The severity of a situation, about the inherent flaw of a character cannot be brushed under the carpet because people didn’t point enough fingers at some other character is wrong on so many levels.

Also Read : Safeena Was Wrong. Padmavaat Had Issues. That Doesn’t Make Kabir Singh Less Sexist Or Justify It In Any Way!

Shahid then continued saying, “And this is not to say that I didn’t enjoy Sanju. I thoroughly did, because I didn’t watch it to see how people should be, I watched it to see how that character’s life is. The fact that people loved Kabir Singh has just told me that people watch the film for what it is. We were always honest, right from the very first promo of the film that it’s a fictional account of a very flawed character. There is no protagonist or antagonist in the film. Kabir is the protagonist, he is the antagonist. So all the issues lie within him.” finally something we could nod along, yes all the issues did lie within him. Which is why, Kabir Singh being rewarded with a happy ending and a girl by his side did not sit right with any of us.

Movies and actors as such, hold a great deal of influence over the minds of millions, and with having that sorts of accessibility, it becomes your duty to promote the right message and urge people to have a takeaway that won’t ruin them. So when you come up with bad content as such and even poor explanations for it, you aren’t really doing yourself a favour, but proving what we’ve been trying to say all along. That, a character as disturbed as Shahid’s in Kabir Singh must not be celebrated.