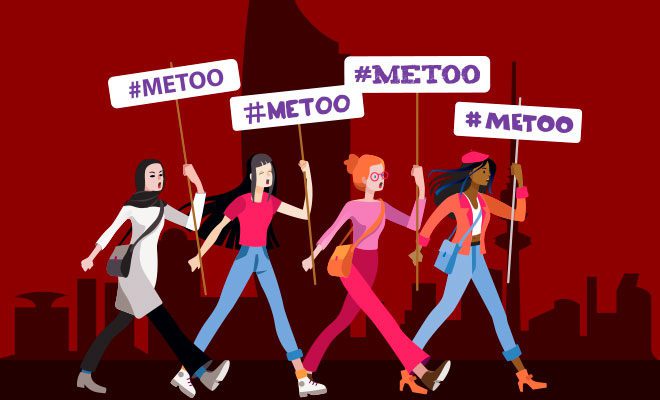 The #MeToo Movement took the world by storm. It not only named and shamed a lot of high-profile men for their acts of sexual harassment but also took some of them to court to seek justice. However, China’s courts are not exactly doing much for the women who have come out and spoken about being sexually assaulted by men. According to reports, a court in China dismissed a high-profile sexual harassment case that was filed by a woman against a popular TV anchor, and which became the face of the country’s #MeToo movement.

A woman named Zhou Xiaoxuan filed a sexual harassment case against the popular TV anchor in China, Zhu Jun. But her case was dismissed by the Beijing Court on the basis of insufficient evidence. In the sexual harassment case filed by Zhou Xiaoxuan, she accused Zhu Jun of forcefully groping and kissing her back in 2014, when she was an intern and he was an anchor with the national broadcaster.  The Beijing Court dismissed her allegations stating that there was not enough evidence supporting her case. After Zhou Xiaoxuan filed a sexual harassment case, Zhu Jun denied all the allegations that he was accused of and in return even counter-filed a defamation case against her. (If that sounds familiar, we do have an Indian version of this with the MJ Akbar case.)

On Tuesday, the Beijing court dismissed her case. According to a report, the Haidian People’s Court passed the judgment that clearly stated that the evidence submitted by her was insufficient to prove sexual harassment. This judgment is sure to have an impact on China’s #MeToo movement, and feel demotivating to many a women who want to seek justice.

After three years when the court’s final decision was out, Zhou Xiaoxuan spoke to a small group of supporters about how she was exhausted and disappointed on hearing the verdict. She also added that she felt as though she was not given a chance to give a detailed account of the incident and say what really happened.

Zhou Xiaoxuan revealed that she was not going to give up and she along with her team would appeal the verdict. In her statement, she said, “We will definitely appeal because in this case, we didn’t look at any of the core facts at all, that is all of the surveillance videos.”

During an interview in 2018, Zhou Xiaoxuan had said that she was inspired by India’s #MeToo movement. She revealed that the anti-sexual harassment movement in India had given her and many others in China a great deal of encouragement and inspiration to stand up against sexual harassment.

Also Read: In Kuwait, A Fashion Blogger’s Protest Against Harassment Has Sparked Off An Entire Movement

Zhou Xiaoxuan’s case is not the only case where the court had dismissed a sexual harassment case. A court in the eastern Shandong province had dismissed a high-profile sexual assault case that was filed by a woman stating that she was raped by her manager. The court dismissed it, terming it “forcible indecency”committed by the manager, which does not make it a crime. Say what now!?

These two cases and more make it seem like China is trying to squash and suppress its #MeToo wave. But amidst it all, it is good to see that women like Zhou Xiaoxuan are still fighting for the justice they deserve. It is good to see that they are not afraid and are unwilling to give up their fights against sexual harassment. And I really hope that these women get justice and the accusers face the punishment they deserve.