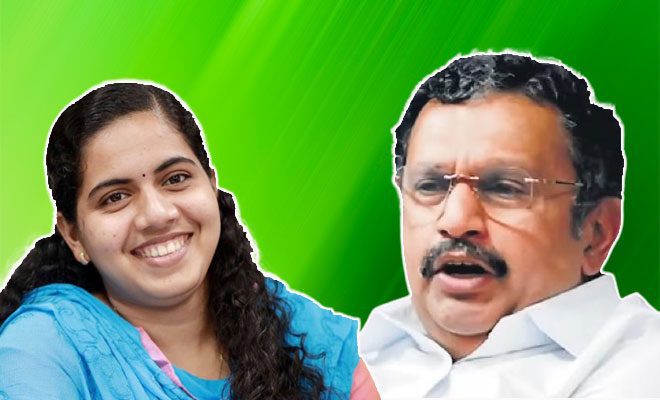 We can all agree that India has a lot of work to do in the sexism department. Subtle or even clear sexism within the workplace or society as a whole is not uncommon to come by. Moreover, sexist remarks by male co-workers towards female coworkers are, unfortunately, a very common occurrence in the workplace, regardless of the position the woman holds. One might think that a woman in power or politics might not have such a hard time as compared to the rest of us but we’re sadly mistaken. The comments Senior Congress leader and Lok Sabha MP K Muraleedharan made against Thiruvananthapuram city corporation mayor Arya Rajendran say otherwise.

On Tuesday, K Muraleedharan was booked for allegedly making derogatory and sexist comments on Mayor Arya Rajendran. He was booked under IPC sections 354A (sexual harassment and punishment for the same) and 509 (Actions, words, gestures or exhibition of objects intended to insult the modesty of a woman). According to the complaint filed by Rajendran, Muraleedharan insulted her womanhood as he threw derogatory remarks her way during a protest in front of the corporation office.

Also Read: Male Politicians In Croatia Talked About How Rape Shouldn’t Call For Abortion And Women Decided To Show Them The Middle Finger

During the protest against corporation officials who are allegedly involved in a revenue scam, Muraleedharan addressed the congress workers. He went on to comment on Rajendran saying the mayor is beautiful but what comes out from her mouth is worse than ‘Kodungallur Bharani songs’. For context, Kodungallur Bharani songs are folk songs with abusive words in them sung in the popular Devi Temple in Kodungallur in Thrissur district. These songs are sung in the celebration of the Meena Bharani festival. \

Conveniently, K Muraleedharan has expressed his regret over the remarks. It was a pretty backhanded apology, in my opinion as he apologised for hurting one’s personal sentiments while continuing to criticise Mayor Arya Rajendran for the alleged corruption in Thiruvananthapuram. According to The Indian Express, he took to Facebook apologising, “I regret if my remarks have caused mental distress to anyone personally. I do not hesitate to say it. I do not want any of my statements to hurt anyone personally”

Muraleedharan further went on to say that he does not believe he said anything vulgar by calling Rajendran “beautiful.” Moreover, he said that after the alleged increase in corruption experienced by the corporation in the LDF rule, the young mayor could not shrink from her responsibilities.

All I have to say is that it was a very backhanded apology. Why do men have to bring a woman’s looks and appearance into every conversation, really? A woman is more than her looks.