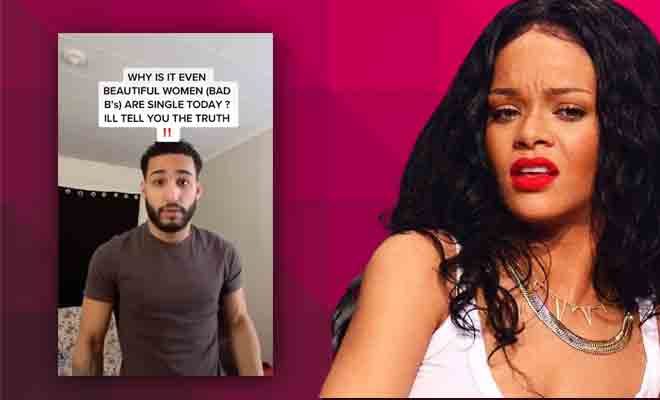 There are some movies that just stay relevant no matter how much time has passed since their release. For me, one such movie is 10 Things I Hate About You. In fact, just this morning, I was on Twitter when someone shared a shot of one of the many epic scenes from the movie, where Julia Stiles’ Kat Stratford shuts down her ex-boyfriend and certified insecure narcissist Joey when he says something pretty sexist to her. Kat’s a feminist who reads Sylvia Plath and Simone de Beauvoir, and gets hate for pointing out that writer Ernest Hemingway was a misogynist. The film released in 1999, but even two decades later, women still get shut down for being feminist, or mocked for being too ‘angsty’, which is blamed for them being single. Like this one guy, who posted a video saying feminism is the reason so many women are single now. *facepalm*

The guy exhibits a classic case of alpha male douche behaviour, and if it sounds like I am talking as if I were a certified psychologist even though I am not, I think it’s okay. The guy is clearly ignorant about feminism but look at him go with all that confidence!

I don’t know his name, so let’s call him ‘Dude’, ‘kay? So Dude here, in his video that has now gone viral after a Twitter user shared it, prattles on about how beautiful women today are single because feminism has made them think they’re ‘Queens’ who deserve better. But Dude would like women to know that they are delusional, and he, a ‘dominant’ man will not cater to their demands, and if she is taking you out or paying for you, then you should do what he tells you. Oh and in a classic case of ‘either a woman is a mother or she is a whore’ trope, Dude tells you that there’s just one queen in his life, and that is his mother.

Oh but that’s not the end. He also adds that if you don’t like what he has to say, you can go date the nice guys. But you’re very likely to cheat on said nice guys and leave them, because they’re ‘weak’ and they can’t make you feel anything. So umm I guess I was wrong about him insulting just women. Guys, this dudebro just trashed on you too.

Also Read: Devdutt Pattanaik Says Feminism Is ‘Structurally Similar’ To Hindutva And Socialism. Here’s A Structured Takedown Of His Sexism

Luckily, there is hope, judging from the replies he got from sensible folks, many of them men, who called him out for his misogynist rant, born clearly out of his own insecurities.

A dominant man would be able to put up a curtain rod https://t.co/q1CMZ3mPjM

He’s hatin on women while having no curtain rod, a futon, his smoke alarm beeping, and got tile ceilings????? Worry bout yourself, scrub https://t.co/sA2O7pAHUs

Dudes like him are a dime a dozen on TikTok. They do it because it gets views and follows; his account has grown 10x in the past day.

why are y’all taking someone whose @ is heartbreaknino617 seriously https://t.co/pnXYWllgx4

YALLL THIS MAN IS FROM EVERETT, MASSACHUSETTS LMAOOOOOO 🤣🤣🤣🤣Im like WHY does this man look so familiar??? He’s a Facebook woman hater🤣 https://t.co/aTp2XW5hBC

Narrator: in fact, he actually *was* a submissive. https://t.co/Ijti3xkfwc

You are not "dominant" mate, you are just a insecure and scared little pig that is so fucking afraid of confident women, that you make hating them your whole personality 🤷‍♂️ https://t.co/oLjuAcnGH2

He’s talking to one specific ex and now we all have to suffer. https://t.co/5Q1Bec0xOB

so happy i’m a lesbian https://t.co/B4xuS5REek

Also Read: Men Who Were Formerly Toxic Reveal On Reddit What Made Them Change. It’s Insightful

I cannot even begin to tell you how much crap I get for being a single woman in my 30s. Society would rather have me married and planning a family, or at least be in a serious relationship that would ultimately lead to… yep, you guessed it right, me married and planing a family. And when I can make neither of those happen, I am judged as being someone too high-handed, with ‘unrealistic expectations’ and ‘those feminist types’. Well, booyah! I’m living my best life (wait till this pandemic is over), and the only reason I am getting married is to find a companion, a partner who only elevates that life, physically, socially, intellectually. Why settle for anything less, right? Unfortunately, the world likes women who ‘compromise’ because this is a world with an instruction manual that is written in code by men who are scared of women. And they’re afraid that once every woman out there can figure out how to read this code, they won’t take the sh*t that they’ve been dealt for years. They’ll break free.

Well, they actually have. Feminism has made women realise that they don’t have to compromise. They don’t have to stay in abusive relationships. They don’t have to put their bodies through terrible ordeals to fulfil some biological imperative that the society has imposed upon us. They don’t have to have a man by their side, his name attached to their’s, to get things done. And then, once it showed women a whole new life that was possible, it also empowered them to realise that life, by fighting for their voting rights, education rights, financial literacy, business opportunities, and what not.

Feminism movement does have a few unpleasant offshoots, some too radical, but then which movement doesn’t? I get when men say they’re not feminists. You sir, are a man. The max you can be is a female ally, and never a feminist. But when some women—educated, sophisticated, professional—women criticise feminism, it makes me want to go smack their thick heads. The little privileges and rights you have, where you are not being treated like a second-class citizen, where you can go to school, vote,  work a job, heck, even the fact that you can step out of your house of your own volition… where else do you think all that came from if not feminists fighting for these rights?! So if you’re going to take advantage of all the good that feminism has brought to you, you’ve got to accept the little bad, and not just abandon the entire movement just because you think it would make you look cool in front of ‘the boys’.

So the next time you come across someone who, like this dude here, tries to tell you how feminism ruined women, you use the freedom of speech that scores of women before you fought for you to have, and tell him to STFU. You’re better off being a feminist any day. If feminism keeps you single…. Looking at this dude, you’ll clearly have dodged a bullet!