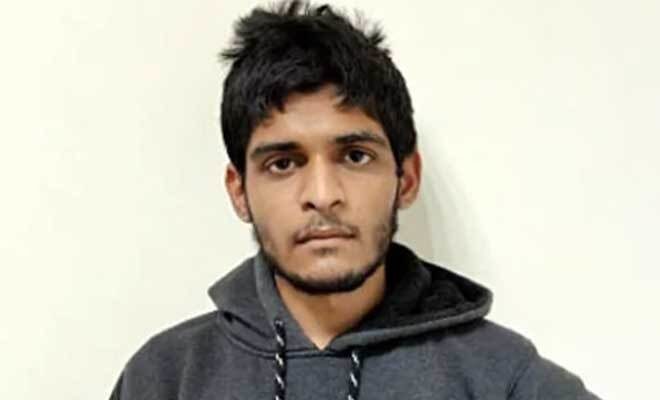 Bulli Bai App Creator Apprehend By IFSO, Says He Feels No Remorse. This Is Shameful!

Women’s sexualities have been used to control and shame them for literal centuries. And men have used women’s sexualities to shame them and treat them as assets. Every time a woman has to be commodified and attacked, her sexual integrity is questioned. This was seen when the app Sulli Deals came about which was made to sexualise and objectify Muslim women. Now the disgusting app Bulli Bai has come about and has been used by extreme right-wingers to auction Muslim women by posting morphed images of them on the app. The revulsion makes my blood boil. However, the founder of this app, Neeraj Bishnoi has finally been caught and this is how the police pulled it off.

The creator of the  Bulli Bai app has is a 21-year-old man from Assam named Neeraj Bishnoi who is a second-year B Tech student from a Bhopal institute. He was arrested by the Intelligence Fusions and Strategic Operations unit (IFSO) of Delhi Police’s Special Cell on Thursday. After news of the Bulli Bai app came up a woman filed a complaint against it to the Cyber Police Station in southeast Delhi. She said that her pictures had been uploaded by the Twitter handle called @bullibai_ and others.

Twitter took down the offensive handles and the app was deleted from GitHub, a software-sharing platform by Microsoft. Technical assistance was provided to the Delhi Police to investigate Bulli Bai. Raw data analysis was conducted with the help of the Indian Computer Emergency Response Team (CERT-In). They came to the conclusion that the suspect was based in Jorhat, Assam. A team was formed to find and arrest the suspect under the Assistant Commissioner of Police, Raman Lamba. Raids were conducted in Jorhat and the police finally nabbed Neeraj Bishnoi on Thursday. He confessed to creating the app on GitHub and also the Twitter handle @bullibai_ among others. He was presented in court the very same day and was sent to police custody for 7 days.

Bishnoi has no remorse for what he has done and thinks that his actions were right, according to sources. Bishnoi has been the 4th arrest in the Bulli Bai app case after the arrests of  Mayank Rawal, Shweta Singh, and Vishal Kumar Jha. Ironically, the woman, Shweta Singh is being considered as the mastermind behind this by the police. However, there has been no direct link found between Singh and Bishnoi but the police they were in touch via social media.

The GitHub app was created in November 2021 and updated the next month, the Twitter account was created on December 31, said Neeraj Bishnoi. He admitted to creating an account called @Sage0x1 to Tweet about the app, according to reports. He said that he was continuously keeping an eye on the updates on social media. When the police started probing into the case, he created another Twitter account called @giyu44 and tweeted referring to the Mumbai police as “slumbai” (super original, I know), “You have arrested the wrong person, slumbai police… I am the creator of #BulliBaiApp… Got nothing to do with the two innocents whom u arrested, release them asap…”  What is this audacity?

I don’t get how someone can even think of posting something this malicious or demeaning. To have this much hate that you end up making a gross app like Bulli Bai to auction women as if they are commodities. Where is this taking us?

A Guy Asked The Pune Police Commissioner To Help Him Convince A Girl. He Got Schooled On Consent