Last night’s episode of Koffee With Karan Season 7 featured Varun Dhawan and Anil Kapoor. While one is a young and happening actor, the other is a well-established actor that we 90s kids have practically grown up watching. Yepp, I’m talking about Anil Kapoor. He has been around for the longest time and yet he blows us away with his youthful charm every time we see him. The 65-years-old actor has aged like fine wine and there’s no doubt about that. With his salt and pepper hair and his salt and pepper beard, he can have us drooling over him shamelessly. But that’s not all. One of the most attractive things about this actor (and that’s something we all need to learn) is self-love. Actually, scratch that, Anil Kapoor is unapologetically self-obsessed and we stan it. 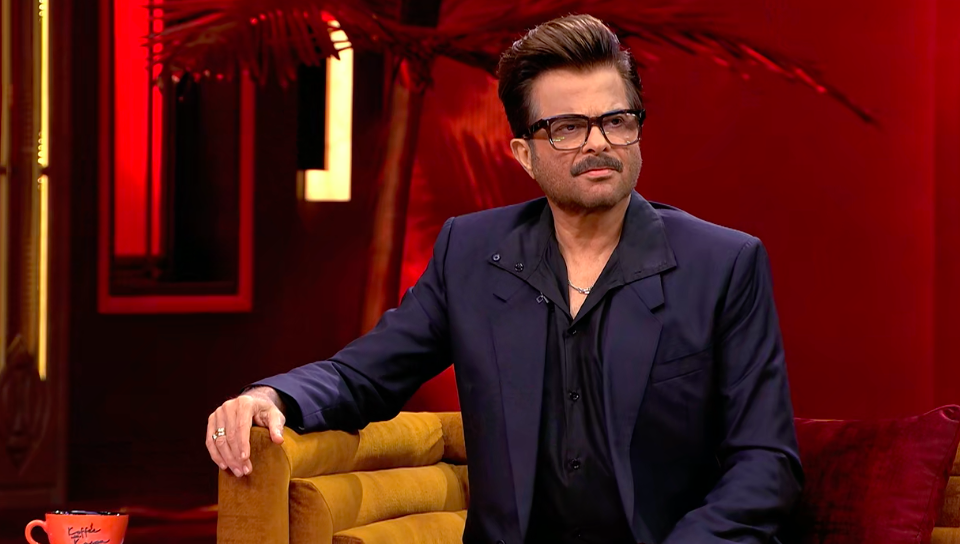 In last night’s episode, Anil Kapoor spoke about the importance of self-love. “A time comes when people stop praising you and then you have to praise yourself and for an actor that always has to be there,” said the actor. This isn’t the first time we’ve heard about Anil Kapoor’s obsession with himself. Earlier, during the promotions of Dil Dhadakne Do, when asked about who was the most self-obsessed person on set, Priyanka Chopra and Shefali Shah revealed that it’s a tie between Anil Kapoor and Ranveer Singh. In 2019 too, the actor was quoted saying, ” As long as you are confident and secure with your work, nothing can shake you.” And we all remember the time when Sonam Kapoor told Filmfare about how self-obsessed AK is. I mean, he looks at himself during a video call and that’s something we all need to learn from him.

While many may call Anil Kapoor a narcissist, the truth is that he’s one of the few people who truly are in love with him and appreciates himself in ways that most of us don’t. We’ve been told that self-love is important but no one told us how to love ourselves, hai na? Moreover, why is self-obsession looked down upon? What’s wrong with looking at yourself in the mirror and telling yourself that you look amazing and you can kick ass? I think that’s completely alright as long as we don’t go overboard with it. Let’s look at it like this, when we love someone, we don’t shy away from showering them with love, compliments, gifts and whatnot, do we? No, na? So, why shy away from doing that for ourselves?

We think it’s okay to keep our family or our partner’s picture as wallpaper but why is it not okay to keep our own picture as our phone’s wallpaper? TBH, being self-obsessed may sound bad but if it helped Anil Kapoor age like fine wine, think what it could do for you. Guess, self-love and self-obsession might just be a healthy way to love yourself. Moreover, self-obsession might be just the push we need to indulge in self-care more often. We’re taking self-love lessons from AK, what about you?

‘Koffee With Karan’ S7 Ep11: Anil Kapoor And Varun Dhawan Boiling Down Disha Patani To Just Her Body Was Uncomfortable To Watch