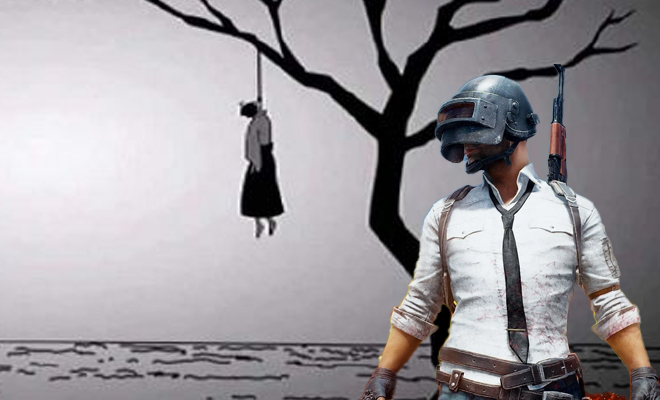 A Woman In Shimla Commited Suicide As Her Husband’s PUBG Addiction Made Him Aggressive And Distant. Our Mental Health Is Very Fragile RN

While we as humans have the innate ability to adapt to change, ironically we also tend to resist it the most. And even when we finally settle down into the new normal – mostly due to the lack of options – we tend to slip back into toxic habits, as our mental health comes undone. We’re right in the middle of a pandemic with cases rising each day and still no certainty even after months into it. Our lives are plagued by the precariousness of the situation; we don’t know when our financial, social, and personal lives return to what you can even remotely call normal. And while some of us are more equipped to handle stress and anxiety, several people have experienced a breakdown, with varying degrees of effect.

Earlier, we heard about the man who tried jumping off his balcony because he didn’t like the food his wife made. I mean that’s what triggered it; that can’t be it! Now, a woman in Mehli, Shimla, Jaspreet Kaur committed suicide on 2nd June, having reached her breaking point in life. And while she didn’t leave a suicide note, her husband has been arrested suspected of being a causative factor in her suicide.

Before Jaspreet hung herself, she had written in a Facebook group called New Moms Club on 31st May that her husband has been neglecting her and their five-year-old child and has been playing PUBG all day long. “…wo daughter ko bhi nahi poochhta… khud sara din PUBG khelta hai… usko sirf apney se matlab hai (he’s only concerned with himself and does not even bother about our daughter… plays PUBG all day long),” she wrote in the group as reported by Indian Express.

In fact, she had told her mother that his behaviour had become increasingly aggressive and she was “tortured for every petty thing”. “Today, I took out a new pencil and gave it to Gunnu (her daughter), which caused so much agitation. He was boiling with anger and threw down several things in the kitchen,” Indian Express quoted her words to her mother.

Can We Blame Gaming Addiction For His Aggression?

Jaspreet’s husband was getting irritable in the lockdown and compulsive gaming seemed to have only aggravated the situation, as told by those close to her. “For the past few months since the lockdown began, he had been playing PUBG for as long as 10 hours a day. It clearly caused him mental stress. There had always been trouble between them, and now he was snapping at my sister over trivial things,” Kaur’s brother Jasmeet Singh revealed.

According to a health website Live Well, gaming addiction can show “changes in behaviour and mood, such as social isolation, ignoring previously enjoyed activities and withdrawal when not playing — all of which might result in irritability, anxiety or depression.” Which is something that Jaspreet had complained about, as she felt her husband had not been paying any attention to the family. She had even confided in her mom about his irritability.

A study titled ‘The Effects of Pathological Gaming on Aggressive Behavior’ says that “interpersonal aggression can be a consequence of all sorts of addictive behaviors.” Drugs and alcohol are the usual suspects, but it includes gaming addiction too. In fact, the study observed that the gamer tends to show more physical aggression if he has been addicted to a violent game. “When playing a violent game, such as a first-person shooter, relentlessly shooting and killing opponents is not only rewarded, it is in fact necessary for a player’s virtual survival. The more these aggressive actions are rehearsed, the greater their impact on hostile emotion and aggressive thinking,” reads the study. And PUBG is a battleground game that requires you to fight off the players using a myriad of weapons.

ALSO READ: A Man Tried To Jump Off His Balcony Because He Didn’t Like His Wife’s Food. Clearly, We’re All Messed Up Mentally

We’ve heard of several teenagers who have committed suicide when they were stopped from playing PUBG by their parents. Their symptoms were similar to those experiencing withdrawal when quitting an intoxicating substance addiction. This is a time when our mental health is in a vulnerable state and whether we realise it or not, anything could be triggering us. When you find yourself snapping at your family for something you would have generally ignored, or feeling melancholic over the smallest of things, it’s the anxiety looking for a trigger to make you lose it.

In such situations, it’s important that we do not indulge in behaviour that can be toxic when done in excess. We don’t want to come out of this with an addiction problem and compromised mental health, because while these things make us feel good for a while, it eventually you need more of it to feel the same kick. To address this, PUBG developers have included a ‘health reminder’ feature which includes a mandatory one hour break after three hours of gaming. They will also be discussing setting a ban on playing PUBG between 10 pm and 8 am. However, all of this is for users under 18 but adults, some of who are pretty unoccupied right now may fall prey to gaming addiction too.

Which is why we have to monitor our own well being. In this case, both Jaspreet and her husband’s mental health seemed to have been compromised due to different factors. And it reminds us that our behaviour not only dictates our own state of mind but also affects that of our loved ones.

ALSO READ: Google Says Search Results For ‘Self-Care’ Are At A Record Breaking During This Lockdown. Everyone’s Mental Health Is Affected