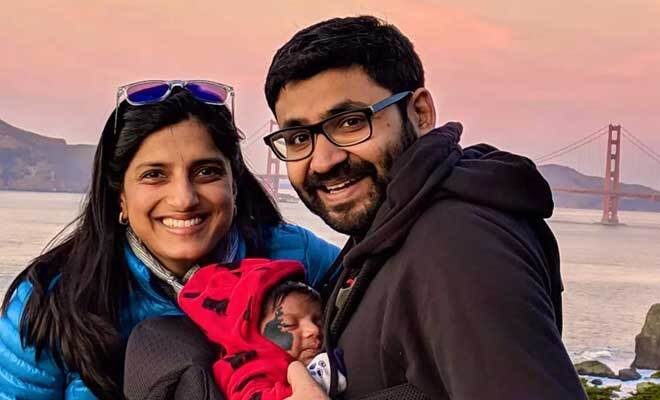 When someone attains fame and popularity, everyone close to them also becomes a celebrity of sorts. Everyone is just so curious about the one popular person that they will dig up everything there is to know about their lives. Something similar has happened to newly appointed Twitter CEO Parag Agrawal as his wife Vineeta Agarwala has gotten popular thanks to her husband’s newfound fame. However, don’t be mistaken, Vineeta is more than qualified and independent on her own, and a force to be reckoned with!

Parag Agrawal was appointed as the CEO of Twitter after its co-founder Jack Dorsey resigned. Agrawal was chosen for his “bone-deep” trust hoping that he would take the platform in the right direction. Parag Agrawal has a BTech in Computer Science and Engineering from IIT Bombay and did his PhD from Stanford University. He is based in San Francisco, California and is married to Vineeta Agarwala. They have a son named Ansh, according to reports.

According to Vineeta’s Twitter, she is a physician. Vineeta works as an adjunct clinical professor at Stanford School of Medicine. She also writes for Andreessen Horowitz, which is a venture capital company. According to their website, Vineeta Agarwala has a B.S. in biophysics from Stanford University. Additionally, she also has an MD and a PhD from Harvard Medical School / MIT. She completed her clinical residency at Stanford and is board certified in internal medicine. Vineeta still sees patients at Stanford as an adjunct clinical professor in the Division of Primary Care and Population Health. Whew! You go, girl!

Congratulations to Parag Agrawal on his new role as the Twitter CEO. Moreso, as a woman, I am in awe of his wife. She is clearly a very successful woman and a very accomplished one too. I can’t even imagine juggling as much as she does but I admire Vineeta Agarwala, nonetheless!