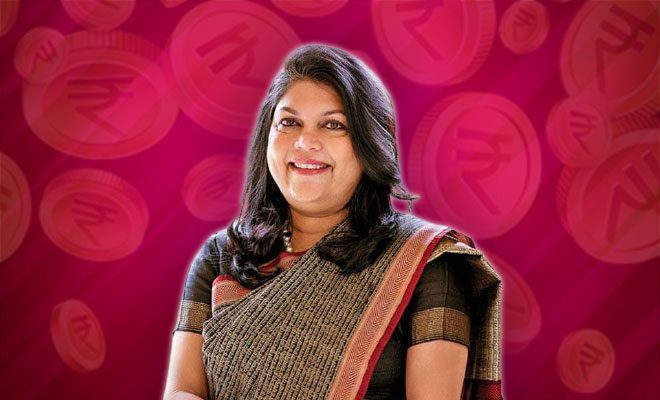 When I think about buying anything, I always opt for online shopping. Why not? It’s convenient, resourceful, and more often than not cheaper than buying it offline. Especially when it comes to buying makeup and skincare products. And like many other women in India, my go-to site for buying it is Nykaa. In recent times, it has grown so much in terms of not just customers but also its range of products – especially with the launch of Nykaa Fashion. And with the e-commerce brand’s IPO (initial public offering) was a success, it wasn’t much of a surprise that founder Falguni Nayar became India’s richest self-made female billionaire.

Yep, you heard that right. Nykaa’s success has jolted Falguni Nayar to the ranks of the world’s richest, with the IPO catapulting her net worth to $6.5 billion. Her worth increased as the shares of the online store company surged as much as 89% when they started trading on Wednesday.

According to Bloomberg Billionaires Index, Falguni Nayar became India’s richest self-made female billionaire. And it has been quite the journey for her since she founded Nykaa back in 2012, at the age of 50. Since then Nykaa has grown into one of the country’s leading beauty and fashion stores.  As per reports, Falguni Nayar spoke to Bloomberg ahead of the IPO and said, “We have a long way to go” when talking about going beyond beauty products for just women. In fact, women and men have started investing and splurging on makeup and grooming products.” According to Business Insider, the company’s market cap breached the ₹100,000 crore mark within just a few hours of its stock exchange debut.

There is no doubt that Nykaa has made quite the change in the way we buy beauty and skincare products. From going to neighbourhood mom-and-pop stores to now buying it online after reading reviews, listening to influencers, etc. And to say that it all began back in 2012 when Falguni Nayar launched the startup just seems too good to be true.

A Recent Study Shows That Men Are Indulging in Beauty Buying As Much As Women In India. About Time Beauty Becomes Genderless