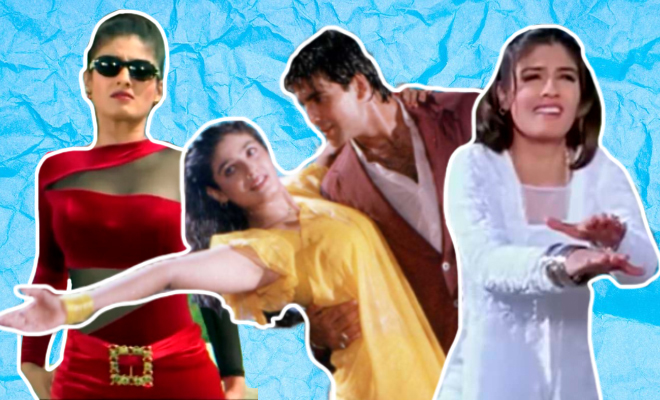 There are some actors that leave a mark like no other and their journey is one that is beyond inspiring. One such actor is the birthday girl, Raveena Tandon. Whether it is adopting two girls at the beginning of her career or doing socially relevant films (even today) – like Daman and Shool – she is one of the few actors in Bollywood who has unapologetically and unabashedly been herself. I can undoubtedly say that she has aced all the challenges life has thrown at her like a true queen. And this is probably one of the reasons why I respect and adore Raveena Tandon so much. So, on her birthday, I have chosen some of her most iconic songs that all of us, 90s kids, have grown up listening to and let’s be real, still grove to. 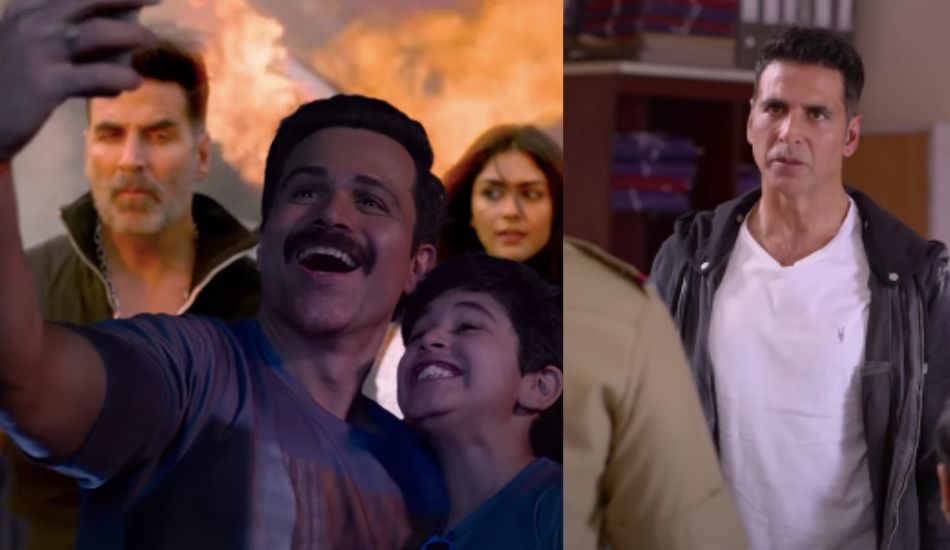 Today, on October 26, I have a Raveena Tandon special playlist that has some of her most famous and iconic songs that will get you in the mood to groove even today. Check it out:

Dear Bollywood, you can release how many ever versions of ‘Tip Tip Barsa Paani’ you want, but trust me when I say this – nothing will ever beat the original. Seeing Raveena Tandon in a yellow saree romancing Akshay Kumar with some of the most sensuous moves has left a lot of us weak in our knees. The beats, the lyrics, and the voices of Alka Yagnik and Udit Narayan are just the icing on the cake.

Also Read: Songs Have Always Been The Brahmastra Of Birthday Boy Ranbir Kapoor’s Films. We Picked Our Favourites

Another favourite of mine also comes from the movie Mohra. ‘Tu Cheez Badi Hai Mast Mast’ is a song that you can play at any party and you’ll see people jump to their feet and dance their hearts out. The upbeat and fun song once again sees Raveena Tandon and Akshay Kumar hitting the dance floor and this time they have Paresh Rawal also join them.

What happens when you have two stunning dancers – Raveena Tandon and Govinda – in one song? Well, you get a hit song! And that is exactly what the song from Bade Miyan Chote Miyan is. ‘Kisi Disco Mein Jaaye’ is such a cute, flirty song with peppy beats and fun lyrics that will make sure you sing along – and loud.

Once again, we have Raveena Tandon and Govinda on the list. Uff, ‘Akhiyon Se Goli Maare’ is such a complete song – whether it is the musical composition, the lyrics, or the moves. What makes this song my personal favourite is not just Chi Chi’s moves but also Raveena’s swag.

‘Ladki Ladki Shehar Ki Ladki’ from Rakshak will make you tap your feet like no other. In this peppy, upbeat song, you see Raveena Tandon having a blast with Suniel Shetty. Trust me, when you see them dancing, you will most definitely not be able to stop yourself from showing off one or two moves of yours as well.

From “Bole Chudiya” To “Chhaliya,” We Revisited 17 Kareena Kapoor Songs To Drool Over Her Iconic Sartorial Brilliance!