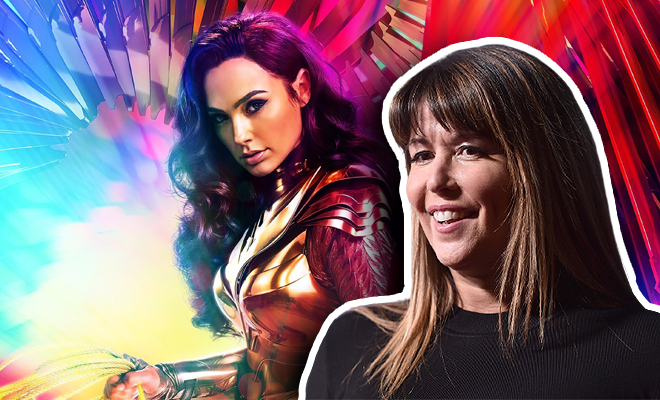 Wonder Woman 1984 Director Patty Jenkins Was Ready To Walk Away Over Pay Disparity. Can We Please Pay Women Their Dues?

Salary is such a touchy topic for employers, is it not? It’s never discussed, advised to be kept under wraps. And the only time that we do discuss it, we have to do so in hush, conspiratorial tones. Like it’s some Illuminati secret that if revealed to the world, will cause some great disillusionment. When COVID impacted salaries, things got even worse. Initiating any conversation about pay would invite scandalous looks. You should be glad you have the job, while others struggle, was the order the day. But isn’t this secrecy around salary that’s allowing the wage gap between men and women to endure? Maybe it is time we all talk about salaries openly so that equal pay is the order of the day. Well, Wonder Woman 1984 director Patty Jenkins is, and it’s making quite the difference.

Wonder Woman has turned out to be one of the most successful releases for the Warner Bros Studios. It was that much needed spark that rekindled the fire for them, since their previous comicbook outings weren’t something to marvel at. But the Gal Gadot starrer Wonder Woman changed that. And a major credit for it goes to director Patty Jenkins and her vision for the Amazonian warrior princess’ story. Her film got the ethos of what Wonder Woman meant (and has meant) to fans and women all over the world is what turned the film into the blockbuster it became.

No wonder, her return to the director’s chair far the sequel, Wonder Woman 1984, has been one of the most anticipated releases of 2020. If coronavirus hadn’t played spoilsport, we would’ve already seen Gadot’s Diana Prince take on Kristen Wiig’s Cheetah and Pedro Pascal’s Maxwell Lord in the first half of the year. However, the film is finally releasing in big screens on December 25. And if early reviews are anything to go by, WW84 could easily be the film that saves cinema halls in many cities, even countries with some much needed ticket sale revenue.

Think about it, though. This is a story about a female superhero, helmed by a female director, and it is sending out a message of female empowerment to millions. And yet, its director almost walked out on the sequel because of gender disparity in her pay. The irony!

Stories about things heating up behind the scenes at WB Studios were doing the rounds back then. However, now, Patty Jenkins has revealed some concrete details of what happened, and it indeed was an issue with her salary. Jenkins appeared recently on an episode of MTV’s Happy Sad Confused podcast, where she elaborated on the dispute that erupted over her salary for directing Wonder Woman 1984.

“I totally did [come close to walking away]. I started to walk away. I was going to walk away. I even said, ‘I would be happy to go to another studio and make a quarter as much because it’s not a sequel on principle. No problem.”

You don’t need to be in Human Resources or run a Fortune 500 company to know that if someone does outstanding work, you give them a salary hike. In Patty Jenkin’s case, she was already an American Film Institute (AFI) award winner, a Primetime Emmy Award nominee, and had a lot of other accolades to her name for her earlier work when she took on Wonder Woman. And again, I don’t need to have a lot of qualifications to know that sometimes, when you see people are capable, you don’t have wait for them to prove themselves to pay them what they are worth. You’re paying them for their experience, their skills and for the trust that you can have in them that they’ll be able to deliver.

Turns out, Jenkins had been experiencing the wage gap for most of her career. And she was somewhat at peace with it, until Wonder Woman happened and she realised she was owed her worth. What emboldened her more was the fact that this time around, she could demand it.

Unfortunately, this is the case for most women working not just in the media and entertainment industries around the world but almost every other sphere. And as is the root of all evils, this pay disparity one too goes back to basic idea that women are the weaker sex and therefore not as capable as men at everything. In fact, in Hollywood, the gender wage gap and inclusion is quite the substantial issue not just for actors but filmmakers as well.

According to this 2018 report ‘Inclusion in the Director’s Chair’ that examined the Hollywood films that released in 2017 (which included Wonder Woman), only 4% of directors of the top 1100 films in the last decade were female. That comes to a ratio of 22 male directors to 1 female director. It gets uglier if you analyse further to find that of these women, only four were black females, two were Asian and there was only one Latina. Clearly, in Hollywood, not much has changed.

No wonder, then, that in the Academy Awards’ 92-year-long history, only five women directors have been nominated for Best Director, with only one—Katheryn Bigelow for The Hurt Locker in 2010—winning the Oscar.

The wage gap data for female actors in Hollywood is also quite the reality. According to a 2019 study conducted by Sofia Izquierdo Sanchez of Huddersfield University, John S Heywood of Wisconsin University, and Maria Navarro Paniagua of Lancaster University, male Hollywood stars earn $1.1m more for every film compared to their female co-stars who have the same or similar experience. The authors of the study expressed their surprise over the wage gap, because while the did expect there to be one, they didn’t expect it to be so vast. After all, so many female actors in the industry are speaking up about it. But as the study indicates, the pay disparity has been this big and nigh unchanged since the 1980s and, in fact, shows no signs of improving.

Also Read: Women In Switzerland Screamed For A Whole Minute To Protest Against The Pay Gap And Domestic Abuse. Will They Be Heard?

We could actually look closer home and find the pay gap to be even more appalling. Can we even begin to compare how much a Shah Rukh Khan or a Salman Khan earns compared to say a Deepika Padukone or Katrina Kaif? Now you’d say, that’s not a fair comparison, the male actors are senior and it is their star power that attracts the audiences to the theatres. But here’s a reminder that these male actors in their heydays were paired opposite the likes of Kajol, Karisma Kapoor, Raveena Tandon, Juhi Chawla and so on. These female actors were their contemporaries in stardom and talent, and I don’t think anyone, not even their male costars rallied for them to be paid the same. Talk about literal hero-worshipping!

Clearly, denying Patty Jenkins a salary that wasn’t just in parity with other male directors of superhero franchise films but also commensurate with what she had already done and was capable of, it was damn near exploitation based on gender!

“It was easy to find that all of the men not just had quotes, they’d made an independent film and then a first [superhero] movie. They got paid seven times more than me for the first superhero movie. Then on the second one, they got paid more than me still. It was an easy fight to say, ‘This can’t be. It super can’t be. And it really can’t be on ‘Wonder Woman.’ It was an interesting thing to do, but it was an easy thing to do in the fact I was dead serious.”

Patty Jenkins clearly understood the irony that such a pay disparity would inflict on a female superhero film. And we’re glad she didn’t back down but pursued passionately.

“If I can’t be victorious in this regard, then I’m letting everyone down. And if not me, who? So it became something I became very, very, very passionate about.”

The pandemic lockdown really brought OTT platforms out to play on the front foot. And I’m going to go ahead and be bold to say that women-centric content, often helmed by female directors and headlined by incredible female actors, has been the highlight (and saving grace) of these times. Women needed that opening, and they’ve found it. And they are not backing down. So can we please skip the ego issues and pay our women better?