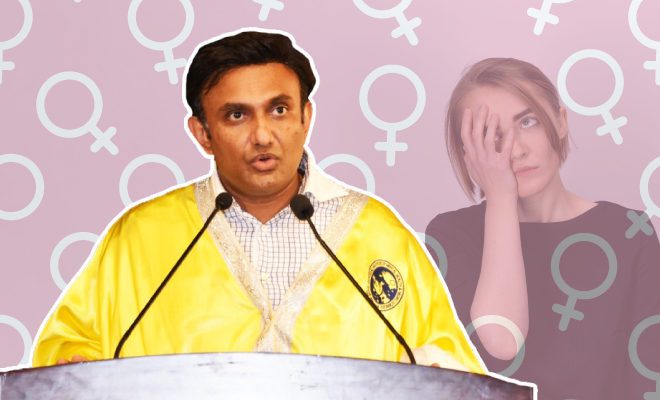 Hautetalk: From Karnataka Health Minister To Abortion Lawmakers In Texas, Why Are Politicians Afraid Of The Modern Woman?

Politicians, the world over, suffer from the foot-in-mouth disease. You’d think with public speaking being a requisite part of their job description, they’d be more versed in how not to say things that might earn them the ire of the people. And yet…. But when it comes to talking about women, I don’t think politicians have that problem. I think they very well know what they are talking about. In fact, they believe in these very views that they prattle on about women, and that there is the problem. Whether it is Karnataka Health Minister Dr K Sudhakar talking about modern Indian women and their reproductive rights or the lawmakers in Texas who want to govern a woman’s womb with their abortion laws, politicians everywhere seem to be afraid of the modern woman.

Why else would the state health minister of one of the most populous countries in the world have an issue with the modern woman wanting to stay single and not reproduce? Why would, or rather, why should, a man have anything to say about a woman’s reproductive rights, and about what she does with her own body? 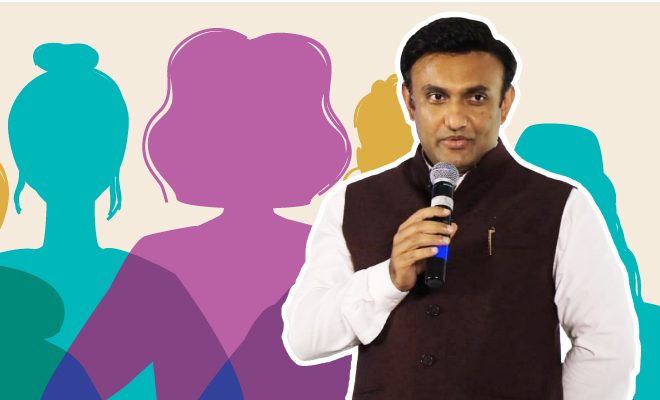 On Sunday, Dr K Sudhakar, the Minister of State for Health in Karnataka, was speaking during a World Mental Health Day event at the National Institute of Mental Health and Neurological Sciences (NIMHANS). It is here, during his speech, that he made some rather ridiculous remarks about a supposed ‘paradigm shift’ that was caused by the modern Indian woman wanting to be single and not have children. He labelled it as “not good” because of course, it was a “Western influence” and when is that ever good, right?

The criticism he received over his remarks prompted him to issue a clarification, saying that he was merely citing results of a survey and that his words were taken out of context. Fair, but we aren’t exactly convinced. He did say that it was “not good” that women were opting to remain single, childless or have children via surrogacy.

But Dr. Sudhakar is merely the tip of the patriarchy iceberg, and this is one iceberg that global warming has no effect on. It just doesn’t seem to thaw the misogyny, which is practically like hell freezing over all of us women, if you ask me. In a superpower like United States of America, which wants to lead the world by example, a major state has passed a law banning abortion after six weeks, with no exceptions even in cases of rape or incest. Just pause and think of how a bunch of old men decided that they were entitled to make this decision for women’s bodies, when they themselves never have or never will have to undergo the tedious and exhausting procedure of carrying a child to term in their bodies.

And that’s what it is, okay? There are pages and pages and videos upon videos of people telling you how beautiful and magical motherhood and childbirth is. But just as one man’s treasure can be another man’s terrible nightmare, the same is applicable for pregnancy. And it should not be forced upon any woman. 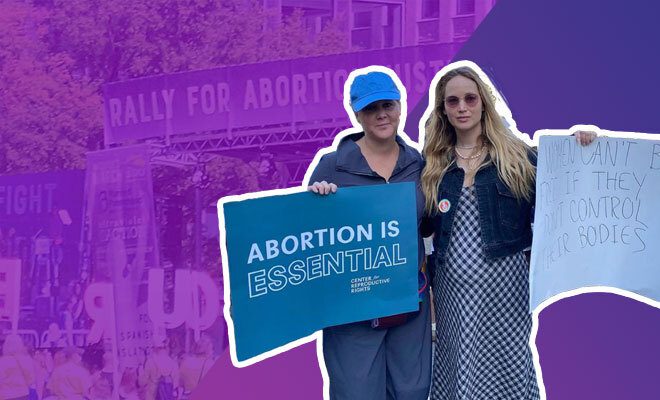 Speaking of force, then, in another part of the world, where one government was overtaken by another, the female population lives in constant fear of subjugation and the horrors that come with it. The Taliban government has already begun its tyrannical rule over their Islamic Emirate of Afghanistan, and the Afghan people, particularly its women and young girls are being granted very little agency in keeping with the religious law of the land. What’s more, these small liberties come with caveats, and the penalties for crossing the line can be harsh, even death.

In North Korea, oh well, everyone’s unhappy there. But the women, in particular, have some of their most basic rights curbed. The K-Dramas that you and I so thoughtlessly binge every day, well, those aren’t allowed to be watched in North Korea. And if you’ve seen Crash Landing On You, you already know that the reason there are so many women defectors from North Korea is because they are treated pretty much as men’s properties, playthings or entertainment. In fact, Kim Jong Un in a recent speech on the duties of women underlined that women should wear traditional clothing because it helps make “all the aspects of life brim over with our flavour, taste and national emotions.” *barf* Furthermore, there was also some advice doled out on how women should be groomed and behave lady-like, write letters to the Korean soldiers to encourage them and sing patriotic songs when working in construction.

Also Read: YouTuber Reveals 7 Basic Things Women In North Korea Aren’t Allowed To Do, And It Sounds Like A Horrible Life

Dudebros that are often found lurking in the comments section of posts about feminism or anything really posted by Swara Bhasker or publications like ours just love to tell you that you should feel lucky to be a woman in India and not in a Taliban controlled state or North Korea, where things are worse.

Well, just this morning, I read a news report of a father from MP who beat his daughter so much that she died. Why? Because she came home late from a Durga pandal. I urge you to perform a cursory search on Google with the word ‘woman’ in India. And I challenge you, every second or third story is bound to be about a violent crime against women. The sudden rise in the number of gangrape cases, caste-based violence where women bear the worst burnt because they are the minority of the minorities, the social evils of child marriage and dowry which have found more covert ways of being practiced…. And of course, the trolling on social media, the judgement and the rape and death threats that get bolder by the day….

You think these crimes are about sex, money, love, emotions? They are about power. This is how men exert forceful dominion over women, and anyone denying it needs a history lesson. Historically, men have always wanted to treat women like property, and stake a claim. And that won’t be possible if women are their equals.

But why? Why are men so afraid of women? Amitabh Bachchan should probably consider keeping this as the final question in KBC. It’ll be an un-winnable level, because no man would want to admit the truth. And what is the truth, you ask?

In a recent interview, actress Divyanka Tripathi said that men, especially Indian men, are afraid of strong, confident women. And these men don’t like it when women are joining the competition against them. All of it is true, and it also points to the real issue that men have with modern women. The fact that the woman of today knows what she wants, and is capable of achieving all that and standing shoulder-to-shoulder with men is a massive threat to the patriarchy.

The patriarchy is a system that strives, to this day, to keep women subdued and subjugated to men. No no, there are no two ways about it. It’s a fact. The entire system is rigged to give women jus enough power or the illusion of power to make them think they run the show. So you’ve got sexist comedians joking about nagging wives and how a husband is like a scared cat before his wife. But the truth is, the real centre of power has always been with the men, in every field. And now that women are getting educated, financially independent and succeeding in the very spheres where men held dominion, the insecurities are raising their ugly head. If women step out of the homes, will men have to come back from work and do their own chores? Cook their own food? Raise their own kids? Their wives won’t tolerate all their crap because they don’t depend financially on their husbands anymore? The horror.

The modern woman is a scary notion for men. And when I say modern, I just don’t mean the woman of today, of the younger generation. By ‘modern’ I mean of thought, ideology and action. So a 90-year-old grandmother who refuses to cater to society’s ideas about age is also modern, just like a 30-year-old girl who is financially independent. And so begin the tactics to slow women down again. And the very first of them is exercising control over their bodies and telling them what they can and can’t do with them.

I’ve often come across men pitting one kind of woman against another and saying, “Oh this is feminism, and this is pseudo-feminism.” To me, talking about International Day of the Girl Child, launching schemes for women empowerment and promising women equality while refusing to relinquish centuries-old patriarchal notions that indirectly oppress women… that is pseudo-feminism. Just own up. You’re afraid that if you don’t tie women down with home and children, she’ll fly higher than you ever could. It’s inevitable.