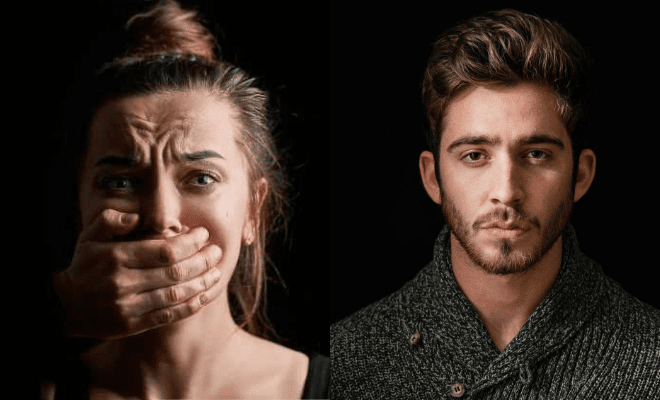 At the end of the day, men and women are all humans. However, the difference lies between us all lies in the fact that all of our experiences are different. Whether men would like to believe this or not, the experiences they’ve had in a lifetime doesn’t and never will (at least from how far I can see) compare to that of what women experience on daily basis. Most men don’t have to look over their shoulder every single day to ensure their safety, they don’t have to ask for permission from almost every adult in their family to go out at night, they are not subjected to being checked out and eve teased by random, creepy strangers in the broad daylight, etc. There are more of these examples that I can give but it still won’t help since most men refuse to believe that the experiences can be that different. Don’t believe me? Here’s a Twitter thread of an editor who took to her account to share a personal experience that highlights the difference in experience between men and women.

Rituparna Chatterjee, who is an award-winning editor and columnist, took to her Twitter to share a series of tweets wherein she talks about how baffling it is when people compare men’s experiences with that of women. In one of her first tweets, she talks about how men don’t live their entire lives being terrified of being violated on a daily basis and are constantly paranoid about their safety because of skin memory from past violations.

It baffles me when people compare men's experiences with women's. I doubt if men live their entire lives terrified of being violated daily, perceiving threats where there are none, just because of skin memory from past violations. Here's an incident that happened yesterday.

Also Read: “What Was The Creepiest Situation You’ve Been In Online?” Women Of Reddit Talk About Their Most Jarring Online Experiences

The editor goes on to prove her point by sharing an incident that took place on June 25. In her tweet, she narrates the incident wherein she had taken an auto back home from NCR after getting her Covid booster dose at a local hospital. As soon as she sat the auto driver kept on muttering, talking to himself, and started getting aggressive for no apparent reason.

I took an auto from a local hospital in NCR after getting my Covid booster dose. The minute I stepped into the vehicle, the driver started muttering, talking to himself and getting aggressive for no reason. After about 5 minutes I thought he might be drunk. So I asked him

She thought he was drunk and so she asked him, to which he replied “bas teen botal, ek aur botal rakhi hai”. She first was amused by the response and then when she asked him not to drink and drive, he blatantly said that the police won’t be doing anything.

"Aapne pi rakhi hai kya?" He said, and at that time for a moment I thought it was a hilarious response, "bas teen botal, ek aur botal rakhi hai". I was momentarily amused despite myself. Then I asked him not to drink and drive. "Police kuch nahi bigadegi," he responded.

Rituparna Chatterjee, in her tweet, further goes on to say how this was getting weird and so she asked him to stop. But it started getting weirder when he did not stop even after asking thrice and started singing loudly and talking.

However, the auto driver was going in the right direction and eventually when they approached the society, he stopped the auto when the editor asked him to and nothing more happened.

He was going the right way, towards home, and it was broad daylight. Eventually we approached our society and instead of getting off at the main gate, another few mts, (I couldn't sit there any longer) I asked him to stop at nearest side gate. He did. Nothing untoward happened.

This incident took place in broad daylight and it made her think how different the situation would be if it was nighttime. The editor wrote in one of her tweets, “But I kept thinking that had it been nighttime, I’d have lost my shit if a driver ignored my requests to stop. I sat there analysing the speed of the auto, debating how hurt I will be if I jumped out. No one should do such a mundane thing as take an auto home and fear for their life.”

But I kept thinking that had it been nighttime, I'd have lost my shit if a driver ignored my requests to stop. I sat there analysing speed of the auto, debating how hurt I will be if I jumped out. No one should do such a mundane thing as take an auto home and fear for their life

Also Read: Twitter Slams Journalist For Asking For Sanitary Pads From A Tea Seller. Are We Ever Getting Over Period Phobia?

Rituparna Chatterjee further went on to say that the poor auto man was likely harmless and since nothing happened she won’t report it. And maybe that he might have not drank at all as she had no proof of it and that he might have just been eccentric and weird.

This man, poor and disenfranchised, was likely harmless. I won't report, I was safe back home, nothing happened, he stopped the auto. I took a photo from the back seat. I am assuming he was drunk, I have no proof. Maybe he wasn't. He could have just been eccentric and weird.

But that wouldn’t have mattered if it was nighttime. The award-winning editor goes on to say that she would have been completely terrified and that even if he had listened to her and dropped her off at some place at night, it would expose her to many other predators, She wrote, “No, men do not have to go through their life looking over their shoulders.”  In another tweet she continues, “They have many other problems, yes, but our lived experiences are so widely disproportionate that they will not ever be compared.”

They have many other problems, yes, but our lived experiences are so widely disproportionate that they will not ever be comparable.

She concludes her Twitter thread by pointing out how women are “QTing and agreeing” while men on the other hand are calling her a liar.

It's amazing and symptomatic that women are QTing this and agreeing and men are calling me a liar.

Check out some of their reactions:

Unless the latch belonged to your trousers/jeans, pretty naive of you to call it a near rape experience.

We live in a unfair, patriarchal and a sexist society. Most men are brought up alike, somewhere midway we get enlightened & try to unlearn decades of conditioning & thought process. Men should speak up more among friends and family first not only for major issue but also micro

Also Read: Twitter User Asks For Updated Studies As ‘Proof’ That Childbirth Is Painful. The Audacity Men Have To Comment On Women’s Bodies!

Super privileged madam gets deeply traumatized by a throwaway comment from a dirt poor disenfranchised male. And she won't press charges! 😂 How magnanimous!
What twisted world have you created for yourself?!

Do women live their entire lives terrified of being violated daily??? There cannot be a bigger lie than this.Trying to propagate misandry !

Ues they do. Every woman I have ever spoken to in India feels today could be the day I get molested. Maybe someone in a bus will pinch my buttocks, maybe a passing scooterist will feel my tits when I'm in an auto at a signal, maybe someone will flash me at a bus stop…

Bad people always exist , I do not understand what you want to portray ? I can give you lot of examples when lone men have been looted , killed maimed in roads of NCR

And that my friend is all the proof I need to further drill her point home.