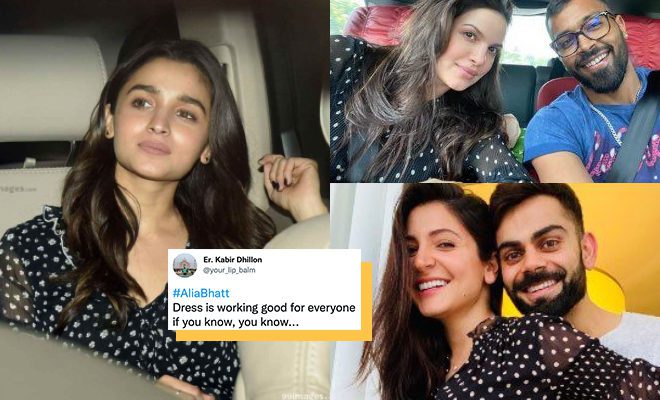 Alia Bhatt and Ranbir Kapoor have announced their pregnancy and the internet’s khushi seems to have no limit. The actress shared the happy news today through an instagram post, and in a rather surprising way, which also has fans confused if it really is true. I mean, I am surprised too, but excited to see our favourite Alia slay those pretty maternity dresses, which I feel will be a lot of cottage core for the actress. While there’s a lot that the internet is speculating about this surprising news, one of many is Alia’s latest appearance in a monochrome dress.

this is one of her prettiest candid clicks istg 🤍#AliaBhatt pic.twitter.com/UQ9glxsdiQ

Applying the same formula, the internet has found the latest picture of Alia Bhatt, sporting a similar dress, and welcomed her to the ‘magical dress’ meme bandwagon. Posted by a Twitter handle, named Kabir Dhillon, Alia’s picture in the ‘magical dress’ suggests she revealed the happy news, much earlier. He further wrote, “Dress is working good for everyone. If you know, you know…” Reacting to this latest member’s arrival in this meme world, many said, this dress is the new way to say ‘I am pregnant.’ Many also expressed their disappointment in a sarcastic way and said, “Unless Alia doesn’t announce her pregnancy in a polka dot dress, we won’t believe her.” So according to the internet, this dress is a sign and we must take the hint. This meme, never gets old.

#AliaBhatt
Dress is working good for everyone
if you know, you know… pic.twitter.com/nyMT5mTopC

*Alia Bhatt announced her pregnancy without wearing the black and white polka dots dress*
Memers be like: pic.twitter.com/qm7eKrfXzJ

I ain't gonna believe Alia is pregnant unless I see her in polka dot dress.

Just like us, celebrities too seem to be both pretty surprised and happy to hear this news. Everyone from Karan Johar to Anushka Sharma shared congratulatory messages for the couple on their social media handle. While we are happy to hear this news, we too would like to see Alia wearing this infamous dress, to confirm it. What do you guys think? And for anyone who is hoping to break the happy news to their loved ones, in a true blue Bollywood style, or wanna get lucky, then you can get your ‘magical polka dot’ dress from Femella. Shop Here 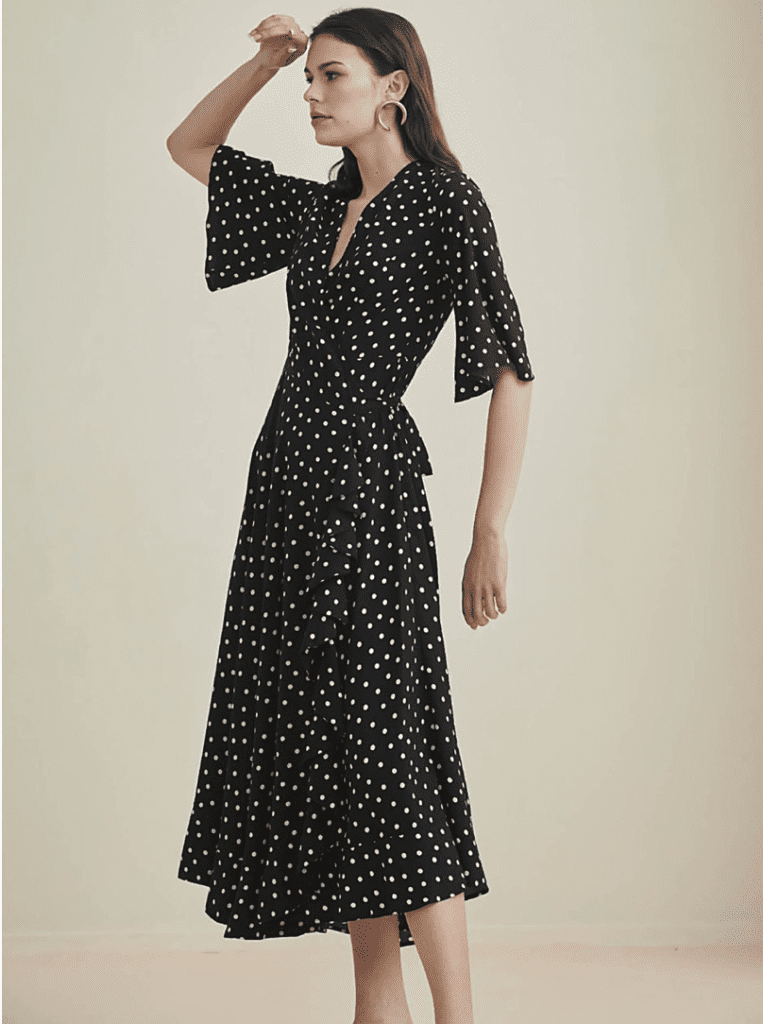 Alia Bhatt and Ranbir Kapoor tied the knot, back in the month of April this year.

Why Should Girls Wear All The Pink. Haina Ranveer Singh?
By Jasveen Kaur Sawhney
On Sep 30, 2022

Selena Gomez In Black Reminds Us Of Our ‘Same Old Love’ For Her
By Mehak Walia
On Sep 30, 2022 Janhvi Kapoor Gets Nostalgic As She Visits Dhadak Shooting Location!
By Kinjal Panchal
On Sep 30, 2022 Paoli Dam In Sarees Offers All The Durga Puja Style Inspo You Need!
By Kinjal Panchal
On Sep 30, 2022

Looking For Ways To Accessorise Your Festive Look? Take Cues From Kriti Sanon
By Preeti Singh
On Sep 30, 2022 Kylie Jenner Is In A Mood For Some Royal Blue
By Jasveen Kaur Sawhney
On Sep 30, 2022