Priyanka Chopra Wants To Create More Opportunities For Brown Actors In Hollywood. She Started With An All-Asian Cast For ‘Evil Eye’ 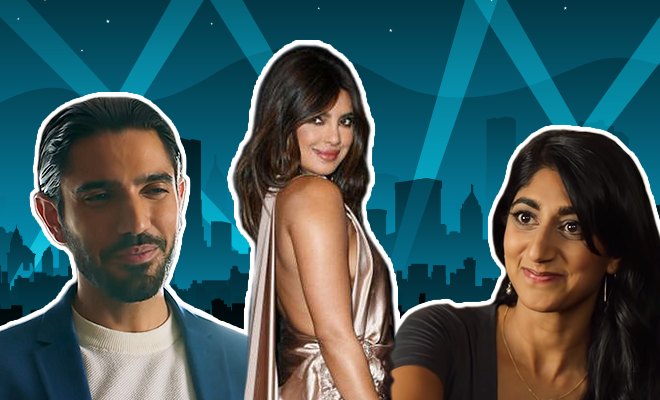 Love her or hate her, you cannot deny that Priyanka Chopra did take Bollywood and India to a whole new ball game by going global the way she did. She twirled onto Hollywood’s red carpet and the industry welcomed her with open arms, turning her into a semi-permanent resident as she married Nick Jonas. Of course, it all sounds like a modern-day fairytale fit for a Jonas Brother music video. But it couldn’t have been just all that. Asians have found it hard to make substantial in-roads into Hollywood. They’re either stuck in mockery stereotypes or relegated to inconsequential roles that anyone else could’ve done. And of course, the deep-rooted racism does operate covertly. So when PeeCee’s production house, Purple Pebble Pictures produced Evil Eye with an all-Asian cast, it signalled that she was keen on creating more opportunities for brown actors in Hollywood.

Speaking about it to Entertainment Tonight, Priyanka Chopra talked about the casting choice, what attracted her to the project, and what she hopes to achieve for fellow Asian artists as a producer.

“My quest in life, as a producer, is to influx Hollywood with brown people, because we don’t see enough of us. I want to demand leading parts for people who are like me. I want to have girls that look like me…  start to be on the poster of a movie.”

We’d say, “Hear hear!” to that now, wouldn’t we? You’d think having a brown actor headlining a big Hollywood production, like Priyanka Chopra did in the American thriller series Quantico or even Baywatch, is a matter of pride for people back home. But it also means a great deal to Indians abroad, who’ve until now only seen actors who look like them being cast in negligible, clichéd roles that do not understand anything about their culture. It indicates that the filmmakers and writers did not care enough to even properly research the character.

Right now, in entertainment industries across the world, representation and diversity are finally getting the importance they deserve. Recently, when the trailer for Laxmmi Bomb released, it started a dialogue about trans women’s stories and the casting of queer actors as leads in Bollywood, a discussion you’d probably never have had a few years ago. Just last week, it was announced that Wonder Woman 1984 director Patty Jenkins would be directing a Cleopatra movie with Gal Gadot in the lead. The news invoked negative reactions from the Internet, as they questioned why an African actress wasn’t being cast to play the Queen of the Nile?

Clearly, this is the perfect time for global icons like Priyanka Chopra to use their pull to create more opportunities, good ones, for people of colour in Hollywood. She is all set to star alongside Keanu Reeves in Matrix 4 in an undisclosed role. In addition, she’s working on a wedding comedy with fellow Asian-American, Mindy Kaling, who also produced Never Have I Ever for Netflix, a show that was well-received for its refreshing approach to brown culture in America. PeeCee’s latest production, Evil Eye, which is part of Jason Blum’s horror series Welcome To The Blumhouse has dropped on Amazon Prime Video. The film features an all-Asian cast, and is a psychological horror thriller story about a mother who is convinced that her daughter’s new boyfriend has a dark connection to her own past.