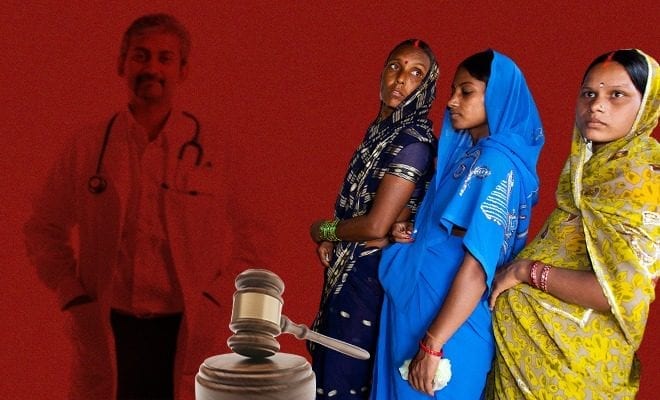 In a country where sex is considered taboo, and pre-marital sex the unholiest thing ever, it’s not surprising that just the word “abortion” is never really said out loud. How many times have you actually heard this word from the mouths of people around you – family, relatives, friends, and colleagues? Women have never had agency in India and it shows its ugly face even in the country’s abortion laws.

Recently, women got some respite as the terms liberalised a bit, by four weeks to be specific. The gestation limit for abortion – which was earlier capped at 20 weeks – has been raised to 24 weeks now. This is applicable only in special cases such as women who are rape survivors. However, abortion advocates are still not satisfied with this amendment wholly as the choice isn’t completely with the woman.

Wrong. A baby is a human life. If she doesn’t want a baby, birth control is cheap. She can give up her baby for adoption. But expanding abortion, especially in a country like India, where sex selective feticide & infanticide is still rampant, will cause great & lasting damage.

What are the changes in abortion laws now?

In fact, while the courts in India have permitted women with pregnancies above 24 weeks to get abortion in case of foetal disability, the upper gestation limit has been discarded in this case. However, a medical board of specialists would decide that case-to-case. Women can also terminate unwanted pregnancies regardless of their marital status.

Doctors’ bias can be a problem

243 women in 2019-20 had to move the courts, to get an abortion. Of course, not all of them were allowed. What’s worse is that several women who were under 20 weeks pregnant had to move the court too. Why? Because doctors’ personal beliefs and biases led them to deny conducting abortions on these young women. In fact, several adult women were asked to get a parent along if they want medical termination of their pregnancy, according to IndiaSpend.

“The Madhya Pradesh High Court denied permission for terminating a 26-week-old pregnancy to a 13-year-old rape survivor. The petitioner, the minor’s mother, argued that the pregnancy, if continued, would cause “severe psychological, physical and mental emotional trauma”. However, the psychiatrist on the medical board disagreed, arguing that while the survivor was “feeling anxiety at times”, she was “not suffering from delusion and hallucination”,” reported IndiaSpend.

So especially in today’s time, when it is mandatory for a woman, even in special category, to seek approval from two doctors is not sitting well with people. If you live in a conservative part of India, how difficult will it be to find doctors to actually help you with the abortion? And with the clock ticking, a woman will just have to go from one clinic to the other – going through the same mental trauma again and again!

#Reproduction and #abortion was a basic fundamental right and a matter of choice for every woman stated public interest litigation (#PIL) filed in the #SupremeCourt challenging the existing laws that criminalize abortion.

In 2019, Supreme Court considered the petition to decriminalise abortions in India beyond 20 weeks. The petition read, “The right to exercise reproductive choice is the right to choose whether to conceive and carry pregnancy to its full term or to terminate is it at the core of one’s privacy, dignity, personal autonomy, bodily integrity, self-determination and right to health recognised by Article 21 of the Constitution.”

However, while now the fate of the pregnant woman depends on the doctors, the question is will it help decrease maternal mortality due to non-medical abortions? “There is need for increasing access of women to legal and safe abortion services in order to reduce maternal mortality and morbidity caused by unsafe abortions,” said health minister Harsh Vardhan during the Rajya Sabha debate on March 16. In 2015, 78% of abortions were conducted without a registered doctor.

In fact, in rural India, where most of our population lives, there is huge shortage of medical professionals. And of course, they come with their own personal beliefs. How is a woman going to get consent from two doctors? And consent on what to do with her own body? A study says half of the women are denied bodily agency to even refuse sex or use contraceptives.

ALSO READ: Women In Poland Take To The Streets To Protest Against The Government’s Near Total Ban On Abortions. Women Need Their Choice Back!

Abortion advocates believe a doctor should only be responsible to decide whether an abortion is safe for the woman, not what her moral obligations are. “A pregnant woman [in India] cannot go to a certified provider and say that I want you to terminate this pregnancy because that is what I want,” said Anubha Rastogi, a Mumbai lawyer who helps women in accessing safe abortions.

While there are several countries that have decriminalised MTP, Canada was the first country to do it. In fact, it has managed to achieve greater abortion equity across different demographics, by making it a state-funded procedure.

ALSO READ: According To The New MTP Bill 2020, Unmarried Women Can Get An Abortion Due To Contraception Failure