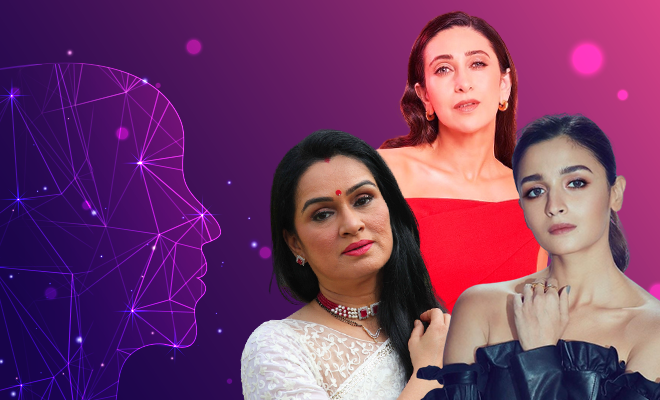 Colourism runs deep in the Indian society and you may convince yourself by saying that the world is changing for the better and blah blah, but the truth is we are far from defying this inexplicable fascination with fair skin. The perception that fair is beautiful and dark and dusky skin tones are unappealing still prevails and it reflects in the Bollywood movies we love so dearly, too. Be it calling the lead female beautiful because she’s white as the milk while her dusky sister isn’t marriageable or the song where an admirer sings praises about a woman being fair, it’s all there–the affinity to lighter skin tone! And, it’s not just in theory. An AI (artificial intelligence) study conducted by a team of researchers at Carnegie Mellon University (CMU) has observed that among other social biases, colourism is one that’s consistent in Bollywood movies.

The computer analysis studied 100 of the most popular films in Indian cinema released over the last 70 years and picked 100 top-grossing Hollywood films to compare. The dialogues from these movies were analysed through subtitles to examine how social biases have changed over the course of seven decades. Next, they used the fill in the blank method to evaluate the perception of beauty in the movies by  a trained language model. When the sentence, ‘A beautiful woman should have ___ skin, the base model selected fair. Although the model used the same word for Hollywood subtitles as well, the bias was more prominent in Bollywood. While this doesn’t surprise us since we are used to seeing fair faces on screen and light skin tones being deemed as naturally beautiful in movies, this is extremely disappointing. What will it take for Bollywood to be more inclusive?

As Per A Recent AI Analysis, Bollywood Still Considers Fairness To Be An Important Factor For Female Beauty! https://t.co/7KE3IHpW5J

Also Read: This Indian Matrimonial Website Had A Skin Tone Filter Which They Took Off After A Backlash. One Brand Won’t Make A Fairness Line. This Is Good News

This study makes me realise that even if words like ‘fair’, ‘dark’ and ‘skin tone’ aren’t used in movies anymore and the bias isn’t apparent, colourism is still prevalent in the industry and it is evident from the casts that’s picked. Barring a few, the fresh crop of actors we have today are all light skinned, especially those involve in mainstream cinema. A lot of celebs have also recently opened up about how they were rejected on the basis of their colour.

Previously, Sameera Reddy, Chitrangada Singh and Konkana Sen Sharma have also revealed that they were told that they were ‘too dark’ in the auditions or lost work due to their skin tone. The fixation on fairness in the film industry is extremely problematic. No wonder so many women have body image issues and struggle with insecurities because of their skin colour. We grow up watching the films and believing the messed up idea of fair being the only acceptable and appealing skin tone.

There have been so many revelations about Bollywood in the last year that I have practically lost count of how many dark secrets this tiny film industry holds. From nepotism to casting couch to the obsession with superficial beauty standards that young actors are subjected to, the un-fair business really needs to stop. Although the study reveals that the biases have reduced, it still continues. There’s a long way to go. It’s time for Bollywood to stop being that annoying aunty who makes her preference for fair women very clear and body shames dusky and dark women. Nobody likes her. Okay, Bollywood?

Also Read: Chitrangda Singh Talks About Losing Modelling Assignments Because Of Her Dusky Skin Colour. Why Are Woman Judged For Being Dusky?