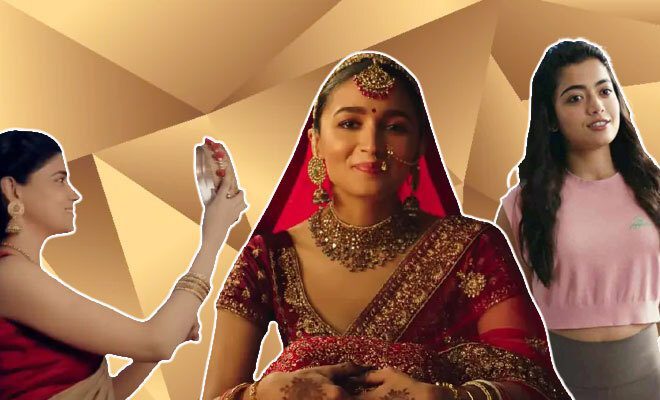 I’m not a television person or a movie person, so the chances of me coming across ads is extremely low. But there are times when I have come across certain ads that have such beautiful concepts that it makes my heart melt. Remember the Coca-Cola Open Happiness ad? And how can we forget the all-time favorite Amul’s tropical print ads? All these ads and many more have brought around such unique and creative concepts that it is really hard to forget them. But it’s not the same nowadays. Nowadays ads—especially Indian ads—are remembered because of the kind of backlash they’ve gotten for their concepts. Yep, in the past few months, many ads have been banned, taken down, etc. for their concepts and it feels like a pattern now. Don’t believe me? I have curated a list of 5 Indian ads that courted controversy after getting backlash from the public or politicians.

The advertising industry has been known to come up with different, unique concepts to sell their products, run a campaign, create awareness, etc. But some of these ad concepts have not gone down smoothly with the audience and have received quite the backlash. While some argue that the backlash is justified, others have been supportive of these ads. Either way, most of these ads that faced backlash from the netizens have either been taken down, banned, or even had a case filed against the company that released the ad.

Here are 5 recent controversial Indian ads that faced quite the backlash:

Dabur India Limited released an ad a day before Karwa Chauth for Fem bleach, featuring a lesbian couple celebrating the festival. Some appreciated the refreshing idea, others called it a forced upgrade considering Karva Chauth is. already a patriarchal concept. But after Madhya Pradesh Home Minister Narottam Mishra criticized the ad stating that legal actions would be taken against the company if the ad was not withdrawn, Dabur withdrew the ad and also tendered an apology.

2. Mohey: Featuring Alia Bhatt and a fresh take on Kanyadaan

Manyavar’s ad for Mohey featuring Alia Bhatt raised questions about the traditional ritual of Kanyadaan, by rebranding it as ‘Kanyamaan’. Needless to say, the ad was not received well by the audiences, and netizens took to Twitter to criticize the ad and also started the #BoycottManyavar trend.

Also Read: Alia Bhatt’s Mohey Ad Raises Valid Points About Marriage And Patriarchy, Even If It Does Feel Like Tokenism

Tanishq’s interfaith baby shower ad was one of the most beautiful ads that I had personally seen. But unfortunately, not a lot of people thought the same. After it was heavily criticized by netizens, #BoycottTanishq started trending on Twitter. Tanishq had no option but to withdraw the ad.

Also Read: This Ad Showing Hindu-Muslim Harmony Was Taken Off After Trolls Accused The Brand Of Glorifying Love Jihad. What Have We Turned Into?

Recently, FabIndia had released their new Diwali collection which they christened Jashn-e-Riwaaz. No sooner was the ad released, the backlash poured in. Some people on the internet were not happy with the fact that an Urdu name was given to a Hindu festival, others pointed out that the name actually was improper usage of Urdu and had absolutely nothing to do with the festival of Diwali. The fashion brand also withdrew the ad. Amul Macho’s cheeky ad starring Vicky Kaushal and Rashmika Mandanna also faced a lot of criticism. The ad showed Rashmika Mandanna checking out Vicky Kaushal’s underwear band and netizens were riled up since they believed that it was promoting the objectification of men. After all, if the gender roles were reversed, women wouldn’t like to objectified this way, right? So why should men?

Honestly, some of the ads in the list I believe are too ahead of their time and I don’t think we as a society are ready for it. But one thing is for sure, that no matter which ad it is, they are creative and unique in their own way. Whether you like them or not is your call entirely. Each to its own.

BoycottLux Is Trending On Twitter Because It Is Endorsed By Deepika Padukone. Is This The Downfall Of Brand Deepika?