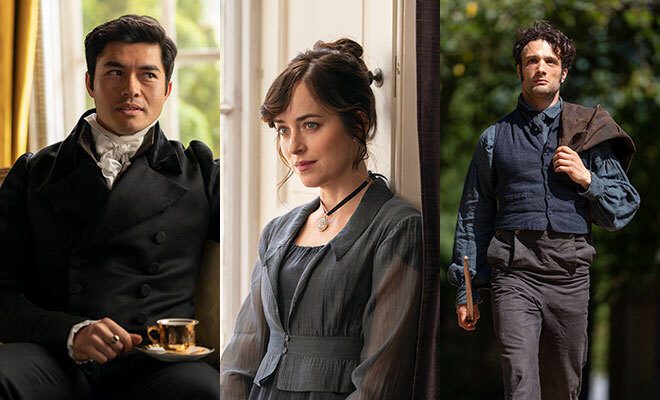 One of the things that always, without a doubt, gets me excited is when one of the books that I have read and liked gets turned into a movie. It gives me all kinds of excitement as I am always interested in knowing how the director has adapted the book and what new he/she brings to the table. And this is especially true when the book is one of the classics and written by a writer that I thoroughly enjoy. So, you can guess probably guess how hyped I was when Netflix announced Persuasion, an adaptation of Jane Austen’s novel of the same name. And now that the trailer featuring Dakota Johnson, Cosmo Jarvis, and Henry Golding has dropped and having watched it, I have to say, I’m pleasantly surprised.

Netflix’s new original movie, Persuasion, has just released its trailer and having watched it, I’m surprised to see Dakota Johnson play Anne Elliot pretty well. However, I will say that I was underwhelmed with the overall chemistry that is going on between the characters – Anne Elliot, Frederick Wentworth, and Mr Elliot. But there is no denying that the visuals are beautiful and aesthetically pleasing.

The Persuasion trailer begins with Dakota Johnson playing Anne Elliot and narrating a story about the time when she almost got married to a dashing young man but was instead persuaded by her father and her family to not get married. However, life offers her a second chance when Frederick Wentworth played by Cosmo Jarvis enters her life eight years later. But it’s not all rainbows and butterflies, since another man Mr Elliot also shows interest in her.

Persuasion that is directed by Carrie Cracknell is described as a modern and witty approach to Jane Austen’s story. It has a stellar cast that includes the likes of Dakota Johnson, Cosmo Jarvis, Henry Golding, Richard E. Grant, Nikki Amuka-Bird, and many more.

Persuasion has been adapted several times but always for the small screen. But now the feature debut of Carrie Cracknell (who is a theatrical director) has many people pining for this back-in-the-day love triangle which has a modern twist to it.

Every Exciting Movie And Series Announced During Netflix Geeked Week 2022