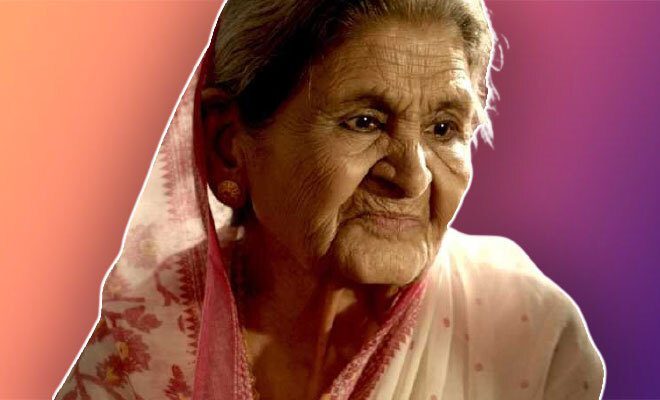 In this past year, we as a society have lost a lot of gems that have changed the film industry as we see it. From Rishi Kapoor, Sushant Singh Rajput and Irrfan Khan to Farrukh Jaffar, these actors in their lifetime have given exceptional performances that have inspired many young actors.  Especially the late Bollywood actress Farrukh Jaffar who has given exceptional performances in Mehrunisa, Gulabo Sitabo, Umrao Jaan, Ammaa Ki Boli, etc. In fact, very recently the late actress, whose Begum Fatima act in Gulabo Sitabo was much loved, won the Best Actress award for Mehrunisa at the New York City South Asian Film Festival (NYCSAFF).

Mehrunisa is a film directed by Sandeep Kumar, starring the late Farrukh Jaffar, Ankita Dubey, Tulika Banerjee, and Hussain Sadam. The lead role was played by the late actress who went on to earn the title of the best actress for the movie at the New York City South Asian Film Festival.

Also Read: Gulabo Sitabo Is Helmed By Amitabh Bachchan And Ayushmann Khurrana But Let’s Talk About Farrukh Jaffar And Other Women Who Are Scene-Stealers

The story of Mehrunisa revolves around an 80-year-old actress, played by Farrukh Jaffar, who wants to achieve her lifelong dream and hence takes on the male-dominated Indian film industry and unwillingly becomes a leading advocate for women’s rights.

Farrukh Jaffar’s exceptional performance in the movie makes her ‘best actress’ title well-deserved. Before this posthumous honour, her last award came at the age of 88 this year, when she won the Filmfare award for Best Supporting Actress for Gulabo Sitabo, in which she starred opposite Amitabh Bachchan, Ayushmann Khurrana and more. She passed away earlier this month, on October 15, 2021, in Lucknow.

It saddens me to know that we won’t have her and many others who we’ve lost this year, in the upcoming movies. But I’m glad that I lived in a time where I got to see these talents at their best.

Priyanka Chopra Says Film Industry Was Monopolised By Few People, But OTT Is Changing That. Aren’t We Glad!