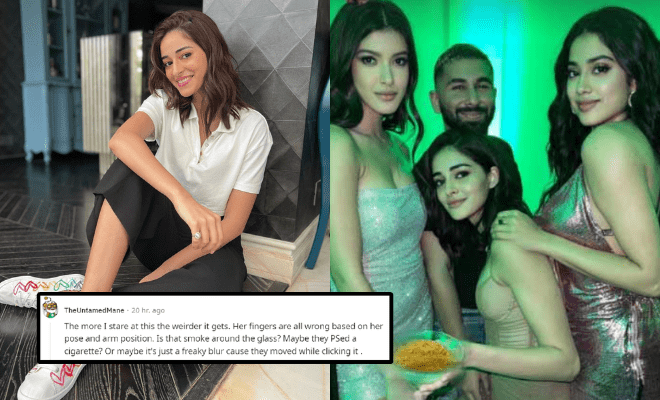 Redditors (And We) Cannot Get Over Why Ananya Panday Is Carrying Bhujiya In Her Martini Glass?

I feel like no matter what, star kids simply cannot catch a break. No matter what they do, there will be an onslaught of mockery and jokes on the internet. And I feel that more than anyone, Ananya Panday tends to be the butt of many of these jokes. Recently, all eyes were on the Bollywood star kids who were seen celebrating Khushi Kapoor’s debut film.

When the upcoming star returned from wrapping the first schedule of her debut film, The Archies, her friends made sure to greet her in style. Elder sister Janhvi Kapoor along with Shanaya Kapoor, Ananya Panday, and Khushi Kapoor were all dressed up for the fun night. They even shared photos from their party. And while everyone was busy focusing on the girl’s blingy, shimmery outfits, there were some of us who couldn’t get over the photo Ananya had shared from the party.

Ananya shared a picture on her Instagram stories wherein she was holding something resembling bhujiya or Maggi in a martini glass. What makes the entire situation worse is that people are speculating that it is a badly photoshopped image! And now the question arises why Ananya felt the need to photoshop bhujiya into a martini glass. 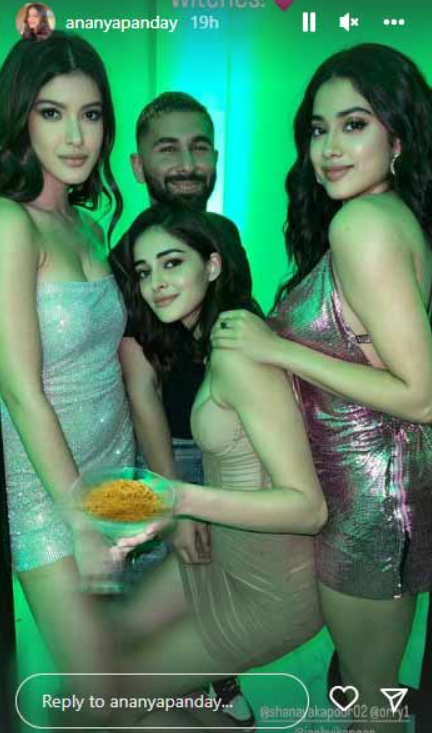 This very questionable image has made its way to Reddit and just like me, people are puzzled, to say the least.

Did they badly photoshop a glass of alcohol into bhujia? from BollyBlindsNGossip

Now here are the speculations revolving around this topic of national importance,

What do you guys think? Are you team Maggi or team bhujiya? I personally find this both: meaningless and amusing. The badly done photoshop aside, I cannot deal with the fact that so many people are actually this invested in finding out what and why is Ananya Panday holding in her Martini glass. Ah well, Reddit sure does want to explore the ‘gehraiyaan’ of what the truth is!