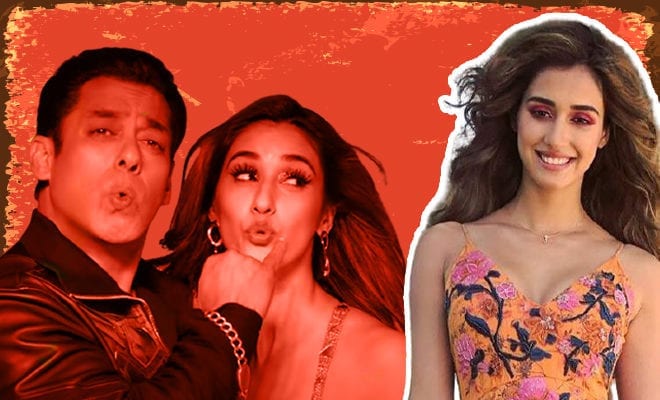 Disha Patani Says She Hasn’t Done A Massy Film Before Radhe. May We Point Out All The Baaghis?

Before the pandemic hit, something that seems like a long time ago, Eid in Mumbai meant an annual tryst with Mohammed Ali road. Here, you and your friends would quickly scoot out of the car, as the driver drove off to find an elusive parking space. The air was heavy with the aromas of kebabs, jostling with the cloyingly sweet scent of malpuas. It was heady. And if you didn’t do that, and you had particularly questionable taste, Eid meant that you would head to the theatres to catch up on a Bhai movie. At some point they all started looking the same but it was an Eid release and it was mindless entertainment. Now, with the pandemic, we still have a mindless Bhai movie, so that stays but this time it features Disha Patani.

As with any Bhai movie, Disha Patani is the lead actress in Radhe, with barely anything to do. When the trailer came out, Bhai’s bracelet got more screen time than Disha. Which you would think she would contest but in the past two years, this is the most massy movie to come out and while it won’t set the cash registers ringing, it will certainly catapult Disha Patani to stardom. Isn’t that what any actress in a Bhai movie hopes to achieve?

ALSO READ: 5 Thoughts I Had While Watching The Trailer Of Radhe: Your Most Wanted Bhai. Mainly Ki, Why Is Disha Patani A Prop?

In the movie Radhe, Disha Patani plays Diya. I believe the name was klutzily added in so Bhai could fashion a wonderful dialogue around it which we imagine sounded funny in the writer’s head but failed miserably when it actually played out on screen. It was painful to watch. Anyway, Disha says she hasn’t done a massy film before. She said,  “Making a film takes a lot of time from six months to a year, maybe, so you better like what you are doing. In the case of Radhe, I liked the script. It is a fun, massy film. I like watching such movies. I haven’t done a massy film before. I was very excited to be working on this film. Besides, to have a great director and a major star is like an added bonus,” she told PTI in an interview.

We would like to point out the potboilers that Disha Patani has been part of before. Let’s take the entire Baaghi series. Some die hard fans might argue that there was a storyline but most of us would agree that the entire franchise would have done just fine without a script. In fact, we think that in each of these, there was an entire story arc dedicated to choppers and Tiger Shroff’s muscles, more fleshed out that the parts for the lead. I am not sure who Disha thinks these movies appeal to, but we didn’t see the series making it to film festivals, but I think we can safely assume they were massy.  So, erm, Disha, playing to the gallery, are we?

ALSO READ: Disha Patani Said She Could Barely Breathe In Her Tight AF Red Dress. Why Are We Still Trying To Fit Into Unrealistic Beauty Standards?