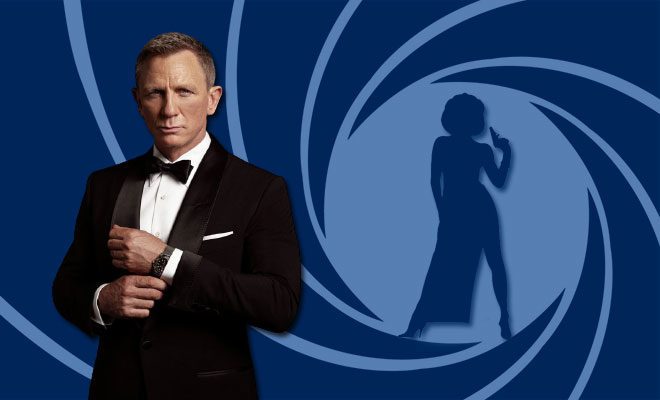 Daniel Craig Says “Why Should A Woman Play James Bond?” Just Create Better Roles For Women. He Is Absolutely Correct

Are you too watching that video of Daniel Craig thanking everyone for his last outing as James Bond in that emotional video and crying your heart out? Because, same. When Cary Fukunaga’s No Time To Die finally releases, it will be time to cry, because it marks the end of the Daniel Craig era of the fictional British MI6 agent 007, written by Ian Fleming. Speculations are already rife on who will take up the Bond mantle next, while the trailers already indicate that Lashana Lynch will be playing a 007 agent since in the movie, Bond has retired until something brings him back. While some are campaigning hard for a person of colour, like an Idris Elba, to finally play the iconic British spy, there are also those who want a woman to play Bond.

And to that, Daniel Craig says, that’s probably not a good idea.

During a recent interview with Radio Times, Craig said that he has no idea who is going to step into Bond’s shoes, but he feels that it should probably not be a woman. Craig said, “The answer to that is very simple. There should simply be better parts for women and actors of color. Why should a woman play James Bond when there should be a part just as good as James Bond, but for a woman?”

And that absolutely makes sense, doesn’t it? Yes, it is true that the entertainment industry is finally waking up (a bit late but still) to the fact that there’s not much women can’t do, whether it is before the camera or behind it. There have been many modern, feminist upgrades to traditional stories, and the tropes are being subverted. But here’s the thing. Why should a woman be, I don’t know, the 7th James Bond and the first woman to play one when she could be the first of her kind, a female spy with an action franchise of her own?

Also Read: Lashana Lynch As The First Black Female 007 Is Revolutionary. And Yet, It Feels Like Second-Hand Glory.

Take, for example, the Netflix film The Old Guard, starring Charlize Theron as an immortal warrior who has been protecting the planet for a millennia or something. Theron is the perfect actor to have an action franchise of her own, with a slew of roles in the genre already in her kitty. And not surprisingly, that’s exactly what is going to happen with The Old Guard.

Moreover, I kinda think that James Bond, the character and the traits that make the character who they are, has been written for a man. We don’t need sloppy seconds, where writers try to retro-fit certain aspects of the iconic character for a woman to step in, and end up with a botched job. Not saying it couldn’t be done, but really what would be the point? Let’s just build an original one, right?

Luckily, franchise producer Barbara Broccoli also thinks the same. In an interview with Variety, she said, “He [James Bond] can be of any colour, but he is male. I believe we should be creating new characters for women—strong female characters. I’m not particularly interested in taking a male character and having a woman play it. I think women are far more interesting than that.”

I guess there is not time to waste on this debate, then? Let’s just get cracking and write some female characters and get studios to back them up so we can build a whole new legacy.