Lashana Lynch As The First Black Female 007 Is Revolutionary. And Yet, It Feels Like Second-Hand Glory. 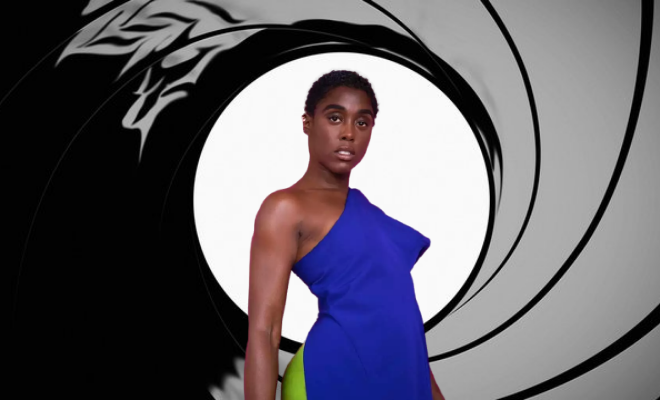 What a year 2020 has been for the James Bond franchise! No Time To Die was one of the first movies to push its March release date due to the Coronavirus pandemic. And it felt super frustrating because we didn’t want reigning 007, Daniel Craig’s swan song to be thus dragged out. Also, once you saw the trailers, with Lashana Lynch as a new 00 agent and Ana De Armas kicking some major ass alongside Daniel Craig, in a script co-written by Phoebe Waller-Bridge (Fleabag), you really wouldn’t want to have to wait for a whole year to watch the Cary Fukunaga directed spy flick. Add to that, the loss of the legendary Sean Connery, first actor to pay the fictional British MI6 agent, and you can imagine how sullen Bond fans are right now.

However, Lashana Lynch dropped some pretty expected yet huge news in the midst of it all that got the fans and media all hyped up. She confirmed that she was indeed playing the new 007 agent, an honour previously held by James Bond, in No Time To Die. This gives us not only the first black actor to play the British super spy but also the first female to reprise the role that has, for the past 67 years, belong to the men alone, ever since author Ian Fleming created the character in his 1953 novel, Casino Royale (Incidentally, that was Daniel Craig’s first film as James Bond).

The Bond franchise has often been criticised for its sexist portrayal of women, what with its glamorous and sexy Bond girls who’re only there to make bring out James Bond’s masculinity. In fact, the idea of bringing Phoebe Waller-Bridge on board was to make sure that No Time To Die “treated women properly”. And when you see the most recent trailer that shows Lashana Lynch’s Nomi and Ana De Armas’ Paloma in action, you might even believe it, without seeing the film.

The trailer is what has gotten several Bond fans and non-fans excited to watch Lashana Lynch assume the moniker of 007.

However there are also plenty of naysayers, some who believe that it would ruin the whole appeal of Bond as we know it. And others., who believe that having a female Bond is just a way of ticking boxes and capitalise on the current trend of franchises getting ‘woke’. Wouldn’t it just be better to have Nomi be a whole different character with a different story?

In fact, long-time producer and keeper of the Bond franchise, Barbara Broccoli had dismissed the very idea of a female Bond when asked if the gender swap was anytime in the franchise’s future. In an interview with Variety, she said, “He [James Bond] can be of any colour, but he is male. I believe we should be creating new characters for women—strong female characters. I’m not particularly interested in taking a male character and having a woman play it. I think women are far more interesting than that.”

If I were being honest, I echo Barbara’s sentiment. I know for a fact that Lashana Lynch is going blow our minds in No Time To Die. And with her, the franchise could take the slick, male-dominated spy thriller genre to newer heights. She’ll also bring representation to the franchise that has been in demand for so many years now, for women and people of colour. But come to think of it, it does feel like second-hand glory. Women don’t need a man’s seconds, do we? Besides, would it make a difference if she were another 00 agent? In fact, until Lashana confirmed it, everyone believed that she was a new 00 agent and we were all on board with it.

We do not need to replace every man with a woman to indicate that we are moving with the times. You’re getting more female writers on board, etching out better female characters, making the male ones less toxic? Congratulations, you’re doing it right! Get a female filmmaker on board and even that would mean so much more than flipping an entire character’s origin story on its head just to make it fit the times. It would be depriving Nomi of a badass background story of her own, that does’t have the shadow of James Bond looming over it, and being compared constantly to. She deserves a fresh character, not an afterthought.

I had a similar issue when JK Rowling tried to get all woke and insert ethnicities and sexual orientations into the Harry Potter canon to make it more inclusive. It felt great for a second, to have a black Hermione and a gay Dumbledore, until it felt very token. Because had they been so, their stories, experiences, and inter-personal relations would have been different and not the same as their original characterisations.

Anyhoo, this doesn’t alter or affect my excitement for watching Lashana Lynch as the first female black 007. And guess what, trolls and naysayers, she isn’t bothered much either now. In an interview with Harper’s Bazaar, she talked about how initially, she shut off her social media to get away from the negativity. But eventually, she realised that what she was doing was a game changer.

“I am one Black woman — if it were another Black woman cast in the role, it would have been the same conversation, she would have got the same attacks, the same abuse. I just have to remind myself that the conversation is happening and that I’m a part of something that will be very, very revolutionary.”

In fact, she revealed that she worked closely with Phoebe Waller-Bridge while the latter was writing, to ensure that she was creating an authentic black female character that would be representative of real women. From the looks of it, Nomi seems like the complete opposite of James Bond, who often seems too slick and rigid to be a real person, you know?

“A character that is too slick, a cast-iron figure? That’s completely against what I stand for. I didn’t want to waste an opportunity when it came to what Nomi might represent. I searched for at least one moment in the script where Black audience members would nod their heads, tutting at the reality but glad to see their real life represented. In every project I am part of, no matter the budget or genre, the Black experience that I’m presenting needs to be 100 percent authentic.”

Damn! This makes me wish even more that Nomi weren’t just female James Bond but a character independent and her own person.