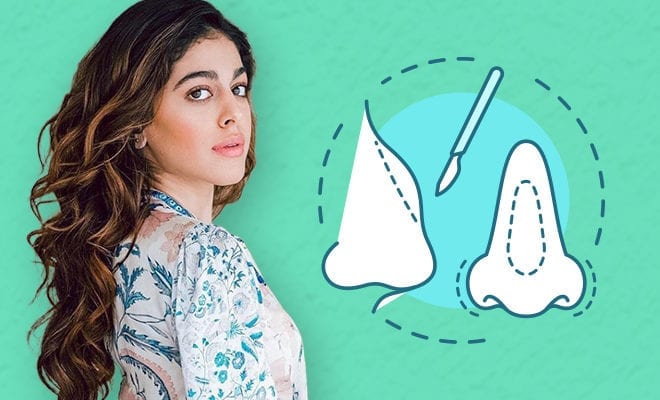 Alaya F Reveals She Considered Getting A Nose Job, But Then Changed Her Mind. Her Reason Makes Sense

If you’re a 90s kid, like me, you’re part of the generation that witnessed the boom in not just the cosmetics industry but also women opting for cosmetic procedures. Depending on where you stand on the subject, you could either credit or blame it on social media, which has made people conscious of their external appearance because there’s just too much scrutiny over it. Plastic surgery isn’t just something you get if you’re a character in a K serial or a heroine in Bollywood. Today, young men and women (who can afford it) are opting to go under the knife, sometimes to enhance and sometimes to rectify their physical features with a nose job, boob job, lip job and what not. Recently, newbie actor Alaya Furniturewalla revealed that she too considered getting a nose job to do away with a small bump on her nose.

The Jawanni Jaaneman actor, daughter to Pooja Bedi and granddaughter to Kabir Bedi, recently appeared on a Zoom show, where she was asked if if she ever wanted to get a procedure done. Alaya F was candid while answering most of the the questions, and we’re glad she didn’t shy away from saying that she considered getting a nose job but decided that it was pointless because the ‘issue’ she wanted fixed was barely even seen by most people.

“Yes, I have considered it. I have not done it. I think everyone has been like, ‘Maybe I should do….’ It is the smallest thing; I don’t even know if people can see it.”

Alaya even turned her face so the audience could see for themselves just how minuscule the bump in the left side of her nose is. And sure enough, it was barely visible, which is why Alaya doesn’t think she’ll ever end up changing her mind.

“So, this side of my nose is the nice one, this one (showing the left side) has a slight bump here. It’s like the tiniest thing in the world. I’ll probably never do it because it’s so damn pointless.”

It’s a tricky thing to talk about, plastic surgery. While on one hand, you want to promote body positivity and acceptance of our bodies just as they are, there’s also the argument that plastic surgery is a choice that people should be free to make, without judgement. It’s basically like a ‘whatever makes you happy’ school of thought. While more and more international celebrities like Jameela Jamil and Lizzo Beating are flaunting their bodies and the message that whatever you are, you’re beautiful, there’s a massive dearth of that positive messaging from Indian celebrities. The reason it helps is that if people who work in industries that put such huge onus on physical appearances can advocate for acceptance, then it sets a very impactful example.

Personally, I think to each their own. If it is something you can afford, and it’s about minor corrections, then there’s no harm. But we’ve all seen the damage body image issues can do, with some women going to terrible lengths and undergoing repeated procedures to look like someone else. That needs to be discouraged. And in the case of minor enhancements and corrections, Alaya’s restraint and sensible judgement can be an example.

Pooja Bedi Shared A Tone Deaf Video From Goa That Has Us And Twitter Asking “Pooja What Is This COVIDIOT Behaviour?